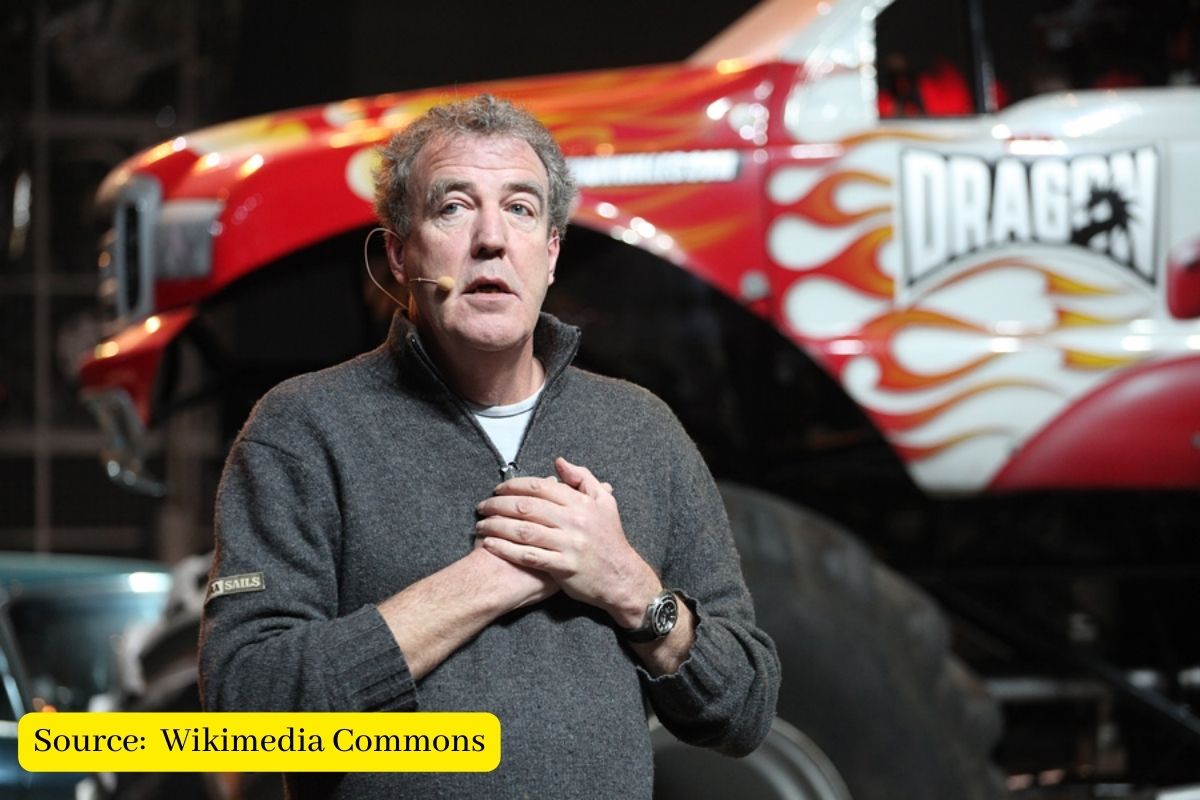 British TV presenter Jeremy Clarkson said he had sent an email apology to Prince Harry and Meghan after he wrote in a national newspaper column that he hoped the Duchess of Sussex would one day be forced to parade the streets naked.

Clarkson, who gained worldwide fame as the host of the “Top Gear” motoring show, wrote in the Sun tabloid in December that he hated Meghan on a “cellular level”, earning him widespread condemnation from politicians, his employers and even his own daughter.

According to Variety, the streaming service will not be working with the TV personality beyond the seasons of The Grand Tour and Clarkson’s Farm that have already been commissioned.

Clarkson’s opinion piece on the Duke and Duchess of Sussex became the most denounced by Britain’s regulator of press standards, with more than 20,000 complaints received.

This is just the latest Jeremy Clarkson controversy to result in his TV shows being cancelled, as the former Top Gear presenter was sacked for punching a producer on the BBC show, leading to Clarkson’s trio, Hammond and May to move to Prime Video for The Grand Tour.

Now, Clarkson is drawing controversy over comments he made about Meghan Markle. In his weekly column published by the British tabloid The Sun, Clarkson expressed his deep hatred for Markle and claimed that the Duchess of Sussex took control of Prince Harry’s actions.

The popular presenter wrote about Meghan: “I hate her. Not like I hate Nicola Sturgeon (Scottish Prime Minister) or Rose West (a serial killer). I hate her on a cellular level.”

“At night I am unable to sleep as I lie there gnashing my teeth and dreaming of the day she will be paraded naked through the streets of every city in the UK as crowds chant ‘Shame!’ and they throw pieces of excrement at him,” he added.

Clarkson’s statement said that ITV and Amazon, which broadcast Who Wants to be a Millionaire and The Grand Tour respectively, were “incandescent” amid the controversy.

She wrote via Instagram: ‘The Sun was quick to apologize and I tried to explain myself. But still, there were calls to get me fired and charged with a hate crime.”

“More than 60 deputies demanded that measures be taken. ITV, which does Who Wants to Be a Millionaire, and Amazon, which does Farm Show and Grand Tour, were incandescent.”

He continued: “So I wrote to everyone who works with me telling them how sorry I was and then on Christmas morning I emailed Harry and Meghan in California to apologize to them as well.”

Who is Jeremy Clarkson?

Jeremy Charles Robert Clarkson (born 11 April 1960) is an English motorsports writer, journalist and broadcaster. He is best known for his role on the BBC television show Top Gear along with co-presenters Richard Hammond and James May. He also writes weekly columns for The Sunday Times and The Sun.

Born in the English county of Yorkshire, Clarkson began his career as a journalist for the regional newspaper Shropshire Star, where he wrote about vehicles and motoring news. In 1988, he turned to television and presented the first version of Top Gear.

Jeremy Clarkson is a British television personality best known as the former host of the long-running show Top Gear.

He is best known as the host of the internationally acclaimed sports car show “Top Gear”, however, his first job was as a salesman for his parents’ Paddington Bears business. He then went on to work as a journalist for various newspapers, including the Rotherham Advertiser, the Rochdale Observer, the Wolverhampton Express and Star and the Shropshire Star.

It was at the Shropshire Star that he got his first opportunity to write about cars. He started writing about Peugeots and Fiats before moving on to Range Rovers and Ford Grenades. After seven years, he was finally allowed to drive an Aston Martin Lagonda. After 10 years, he got the chance to drive his first Lamborghini.