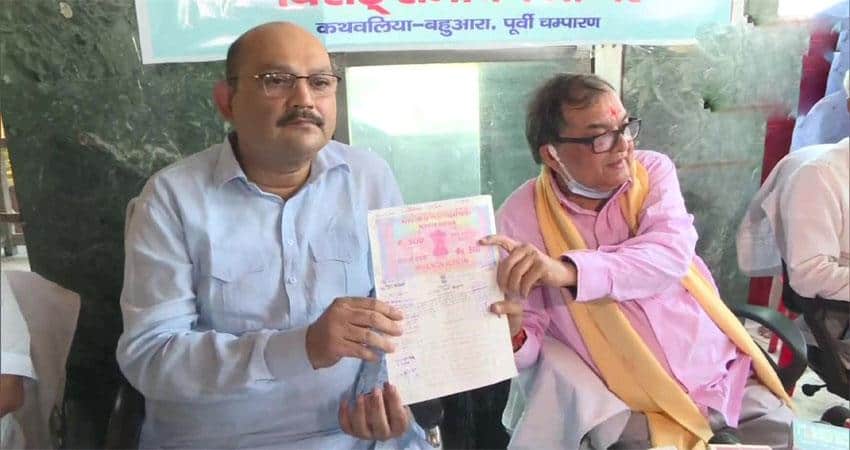 Ground Report | New Delhi: Ishtiaq Khan land for temple; A Muslim family has donated their land worth Rs 2.5 million to build the largest and tallest ‘Virat Ramayan Mandir’ in the world in the Kaithwalia area of East Champaran district in Patna, Bihar.

Ishtiaq Ahmed Khan, a businessman, has donated the land for the ‘Virat Ramayana Temple’. He said that most of the land is owned by his family and he thought it was his responsibility to do something for the construction of the temple. “This is a tradition in our family,” he said while speaking to the ANI news agency.

Ishtiyaq Ahmad Khan, who donated the land, is a businessman from East Champaran based in Guwahati. This land for Virat Ramayan Mandir is located in the Kaithwalia area of ​​the East Champaran district in the state. The complex will consist of 18 temples and the Shiv temple will have the largest Shivling in the world. This story leaves us with a little hope, the kind we need.

Speaking to reporters, Acharya Kishore Kunal, head of the Patna-based ‘Mahavir Mandir Trust’, which will build the ‘Virat Ramayan Mandir’, said that Ishtiyaq Ahmad Khan, who has donated the land, is a businessman from East Champaran, which has business activities in Guwahati.

“Also in the past, Khan and his family have been open to the idea of ​​helping out with the temple project. Khan also gave away land on the main road at a subsidized price. Inspired by him, others in the town also began donating land. So far, 100-acre land has been acquired for Virat Ramayan Mandir,” said Kishore Kunal.