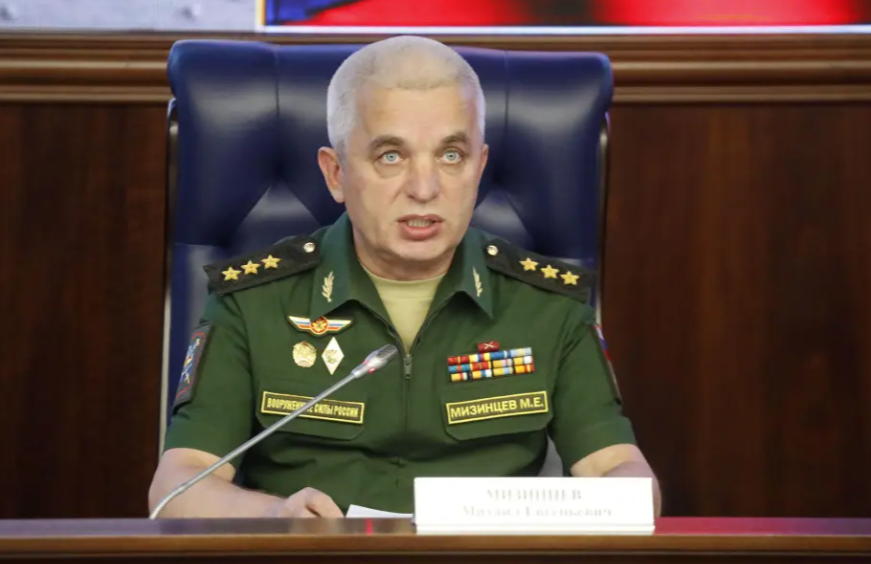 Odessa military administration spokesman Sergey Bratchuk accused him of ordering several devastating attacks in Mariupol, which killed hundreds of civilians. Located in southeastern Ukraine, the port city has been subjected to constant and severe shelling and shelling since the Russian army invaded Ukraine on February 24.

Conditions are so severe that Human Rights Watch has described them as a “frozen hellscape littered with dead bodies and destroyed buildings.”

Speaking about the siege, Colonel Mizintsev subverted the narrative and accused Ukrainian “neo-Na%is” and “bandits” of inciting “mass terror”.

In a report distributed by the Russian Defense Ministry, Reuters reports that he instructed Mariupol residents to “lay down their arms.” “A terrible humanitarian catastrophe has unfolded,” Colonel Mizintsev said. “All those who lay down their arms are guaranteed safe passage out of Mariupol.”

This is despite conflicting reports from the Ukrainian government that efforts to create humanitarian corridors out of Mariupol had been sabotaged by Russian military attacks.

Ukraine’s former ambassador to Austria, Olexander Shcherba, described Colonel Mizintsev as the “Butcher of Mariupol,” sharing an intercepted audio clip between him and a junior officer. A translation of the audio clip shows Colonel Mizintsev addressing the officer for condemning the soldier for not wearing his uniform, calling him “scum of the highest order”.

A translation of the audio clip shows Colonel Mizintsev addressing the officer for condemning the soldier for not wearing his uniform, calling him “scum of the highest order”. “Why hasn’t his face been mutilated yet? Why hasn’t anyone cut off his ears? Why doesn’t this asshole still have a limp?” Col Mizintsev is recorded as saying. “At night, when he goes out, unknown assailants jump him. They just jump him over and over, hit him in the face with a bottle, and then pour another liter on him.”

The head of the Ukrainian Center for Civil Liberties, Oleksandra Matviichuk, also called on Colonel Mizintsev to face war crimes charges in The Hague. “Remember him. This is Mikhail Mizintsev. He is leading the siege of Mariupol,” she tweeted on Wednesday. “It was he who ordered the bombing of a children’s hospital, drama theater, etc. He has great experience in destroying cities in Syria.”