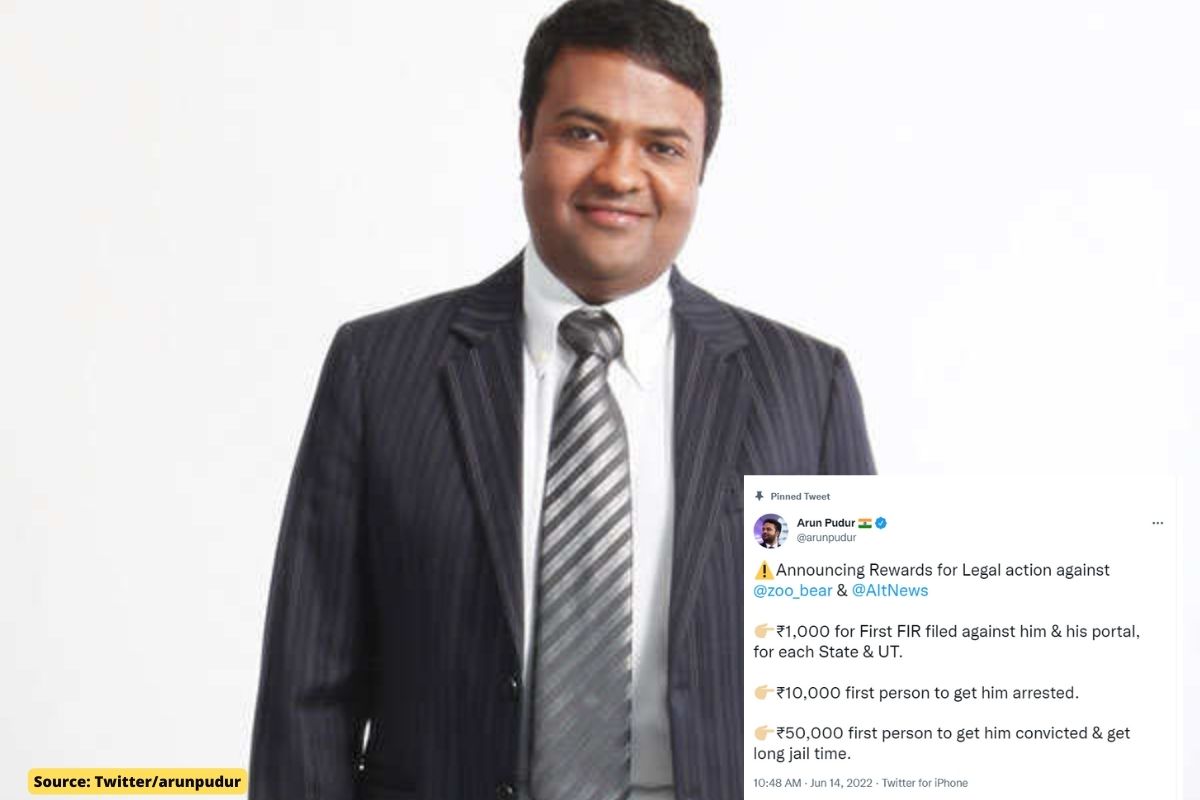 Indian tech billionaire Arun Pudur who runs software firm Celframe Technology Group of Companies has announced on social media a series of rewards for those willing to take “legal action” against Co-founder of Alt News Mohammad Zubair for his Hinduophobic posts.

According to the announcement made by Arun Pudur, the action against Mohammed Zubair must be legal. Those interested in participating must send the official documents against the co-founder of Alt-News to the businessman privately.

In another tweet, Pudur said: “Nothing illegal, all by law. 2) First come, first serve for rewards. Send all documents to my inbox. 3) FIR reward is for one per state and UT So a total of 28 states and 8 UTs.”

Pudur writes: “Zubair has abused, lied and manipulated the media for a long time. It’s time for him to serve the time that corresponds to the crime. Too many were injured, rioted and killed. This has to stop!”

Who is Arun Pudur

A graduate of Bangalore University with a degree in Business Administration, Arun Pudur is an established businessman. In addition to the ICT industries, he has invested in the precious minerals and mining industry in various parts of the world.