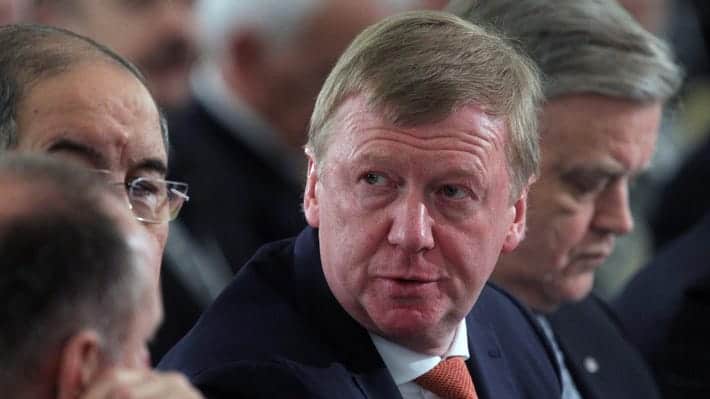 Ground Report | New Delhi: Anatoly Chubais, a high-ranking Russian official who led the country’s post-Soviet economic reforms, has resigned from his post and fled the country in opposition to Russia’s invasion of Ukraine, multiple media outlets reported on Wednesday, making it the first high-level figure. officially distance himself from the Kremlin.

Earlier on Wednesday, Bloomberg reported that Anatoly Chubais had resigned and left the country, citing his opposition to Putin’s war in Ukraine, according to two people familiar with the situation. Chubais is the highest-ranking person to publicly break with the Putin regime, with nearly all Russian officials and state media maintaining a wall of silence when it comes to criticizing the president or his invasion of Ukraine.

After the start of the war, on February 24, Chubais posted on Facebook a photo of Boris Nemtsov, an assassinated opponent of Putin, something that was interpreted as criticism of the Government, although there was no comment accompanying the image and the politician has made no statement before or after leaving the country.

Chubais, the architect of Russia’s post-Soviet privatization drive, has served in a variety of high official positions over the past three decades. His last job provided contacts with international organizations to pursue the goals of sustainable development, a broad portfolio that allowed him to maintain contacts with senior foreign officials and organizations.

After Russia began its invasion last month, Chubais posted a photo of Boris Nemtsov, a prominent Russian opposition figure who was shot dead near the Kremlin in 2015. Even without a caption, it was seen as a powerful statement. of a member from Moscow.

In the 1990s, Chubais was seen as the key man in efforts to liberalize Russia’s economy under President Boris Yeltsin. But Chubais’s enemies saw him as the mastermind behind dubious privatization deals.