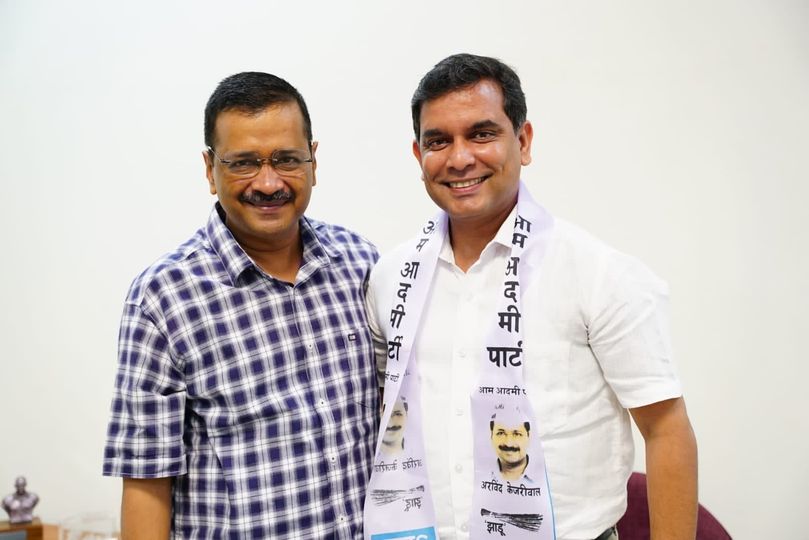 “There is a wave of change in Goa, Aam Aadmi Party has now settled in the hearts of the people of Goa. There is no place for corrupts and ‘Jumlebaaz’ in Goa. We will make Goa better for everyone,” Palekar had said in a post on social media platform Twitter on January 1.

Kejriwal said, “In December, Amit Palekar laid down his life to save the heritage of Goa. He is a new face, contesting for the first time. I hope people will vote for AAP and Amit Palekar for Goa. Will make the Chief Minister.

Who is Amit Palekar

Amit Palekar is a lawyer and social worker from St Cruz who belongs to the OBC Bhandari community of Goa. Palekar is famous for intervening in the case of the oxygen crisis that led to an inquiry into the government’s response. His mother is the sarpanch of Merces village for 10 years.

Palekar, who is known for his social work in Marseilles and St Cruz, generally joined the AAP. Palekar praised Arvind Kejriwal’s vision and desire to make development a reality.

Palekar is a renowned Social Activist. He has donated 185 beds in the super-specialty wing of GMC. Palekar worked together to help COVID patients get the care they need. Palekar is a familiar face with the residents of St Cruz and her mother has been the sarpanch of Marseilles for 10 years.