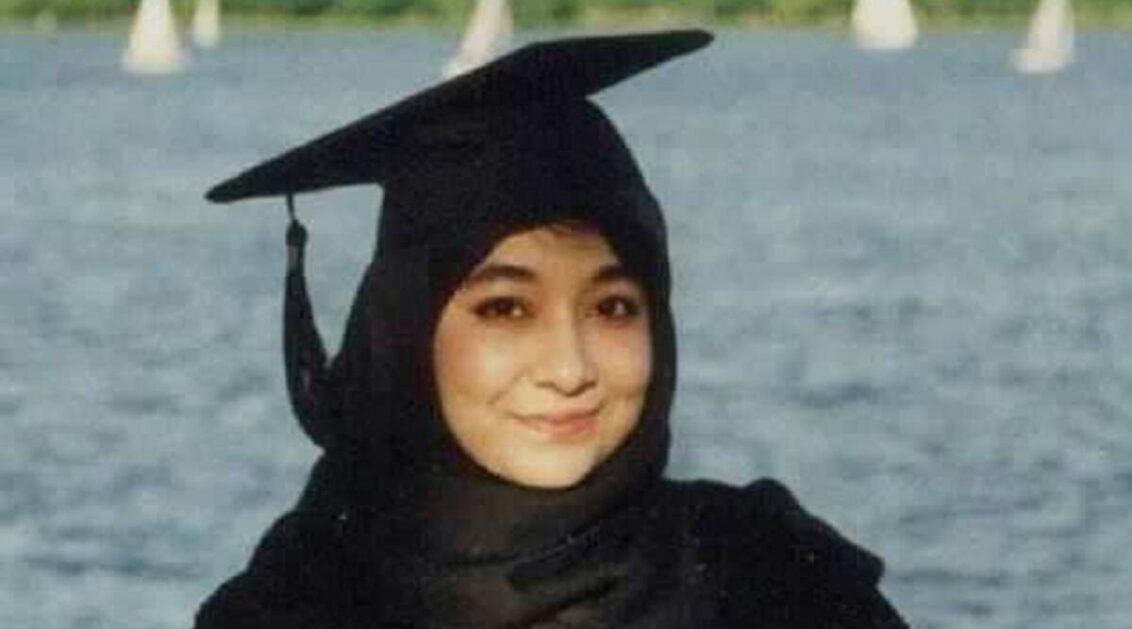 Ground Report | New Delhi: Who is Aafia Siddiqui demanded to be released; Aafia Siddiqui, whose release has been demanded by a man who took hostages inside a Texas synagogue, would not approve of the man’s actions, her attorney said Saturday.

The police of a small town in Texas, in the United States, managed this Saturday (01.15.2022) to free several hostages safe and sound held in a synagogue in Texas, Greg Abbott, governor of that state in the southern United States, said on Saturday. While the Police reported that the suspect “is dead”.

After the hostage-taking, police were negotiating with a man who claims to be the brother of a woman convicted of terrorism and who apparently took hostages in a synagogue, police and local media reported.

The chain reported that the kidnapper was armed and that he claimed to have bombs in other places without revealing his location.

US President Joe Biden has been briefed on the “ongoing hostage situation” in Texas, White House spokeswoman Jen Psaki said. “You will continue to receive updates from your team,” he tweeted.

Citing a senior official briefed on the situation, ABC reported that the man claimed to be the brother of Aafia Siddiqui, a woman dubbed “Lady Qaeda” by US newspapers, and was demanding that his sister be released from jail.

Siddiqui, a former Pakistani scientist, was sentenced by a New York court in 2010 to 86 years in prison for the attempted murder of US officials in Afghanistan. The high-profile case sparked outrage in Pakistan.

In 2011, al-Zawahri demanded her release in exchange for the release of Warren Weinstein, a captured US Agency for International Development worker, the New York-Washington-based organization said. (Who is Aafia Siddiqui demanded to be released)

In 2015, an al Qaeda publication used his incarceration to expose the plight of “our prisoners” in US sites, including “CIA dungeons,” according to Human Rights Watch.

The daughter of an English-trained Pakistani doctor, Siddiqui attended the Massachusetts Institute of Technology and earned a Ph.D. from Brandeis University, according to a forensic profile prepared for his criminal trial.

“While studying in Boston, Massachusetts, Siddiqui had received training and instruction in the handling and firing of firearms,” the FBI said in a 2010 statement.

Siddiqui lived in the United States from about 1991 to June 2002 and returned to the country for about a week beginning Dec. 25, 2002, federal prosecutors said. After 9/11, Siddiqui apparently became radicalized, the profile says, and in 2008 US officials were calling her a wanted terrorist.

There have long been reports that she married the nephew of 9/11 mastermind Khalid Sheikh Mohamed, but those have not been confirmed. In 2008, Afghan police arrested Siddiqui on suspicion of trying to attack the governor of the Afghan province of Ghazni.

When captured, Siddiqui was carrying notes detailing an “attack with mass casualties” at sites in New York City, including the Empire State Building, the Statue of Liberty, Wall Street, and the Brooklyn Bridge, according to prosecutors and court officials. court records.

Federal officials alleged that he also had notes on the construction of “dirty bombs,” according to a Justice Department statement. She was 36 years old at the time.