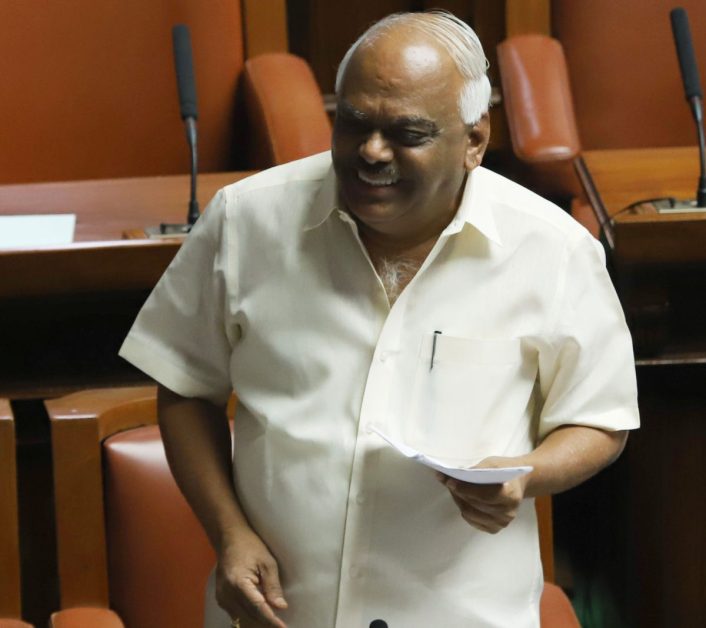 “There is a saying…when rape is inevitable, lie down and enjoy it. That is exactly the situation you are in,” Kumar said inside the assembly, to which Kageri laughed.

ALSO READ: Why is the suicide rate rising among young Kashmiris?

Speaker Vishweshwar Hegde Kageri was short of time and wanted to end the discussion by 6 pm, while the MLA was insisting on extending the time.

“I’m in a position where I have to enjoy and say ‘yes, yes’. That’s it. That’s what I think. I should stop controlling the situation and proceed with the method in an orderly manner, let me all continue.” Have to say your words to keep it,” Kageri said with a laugh.

He explained that his only complaint is that home business is not happening.

Ramesh Kumar, a former minister, intervened and said, “Look, there is a saying – when rape is inevitable, lie down and enjoy it. That’s exactly the situation you are in.”

In 2019, Ramesh Kumar sparked a controversy during his tenure as the Speaker, stating that he felt like a “rape victim”.

“My situation is like that of a rape victim. Rape happened only once. If you had left it there, it would have passed. When you complain that rape has happened, the accused is put in jail. But his lawyer asks how did it happen? When did this happen and how often? Rape happens once but rape happens 100 times in court. This is my condition,” the Congress leader had said.