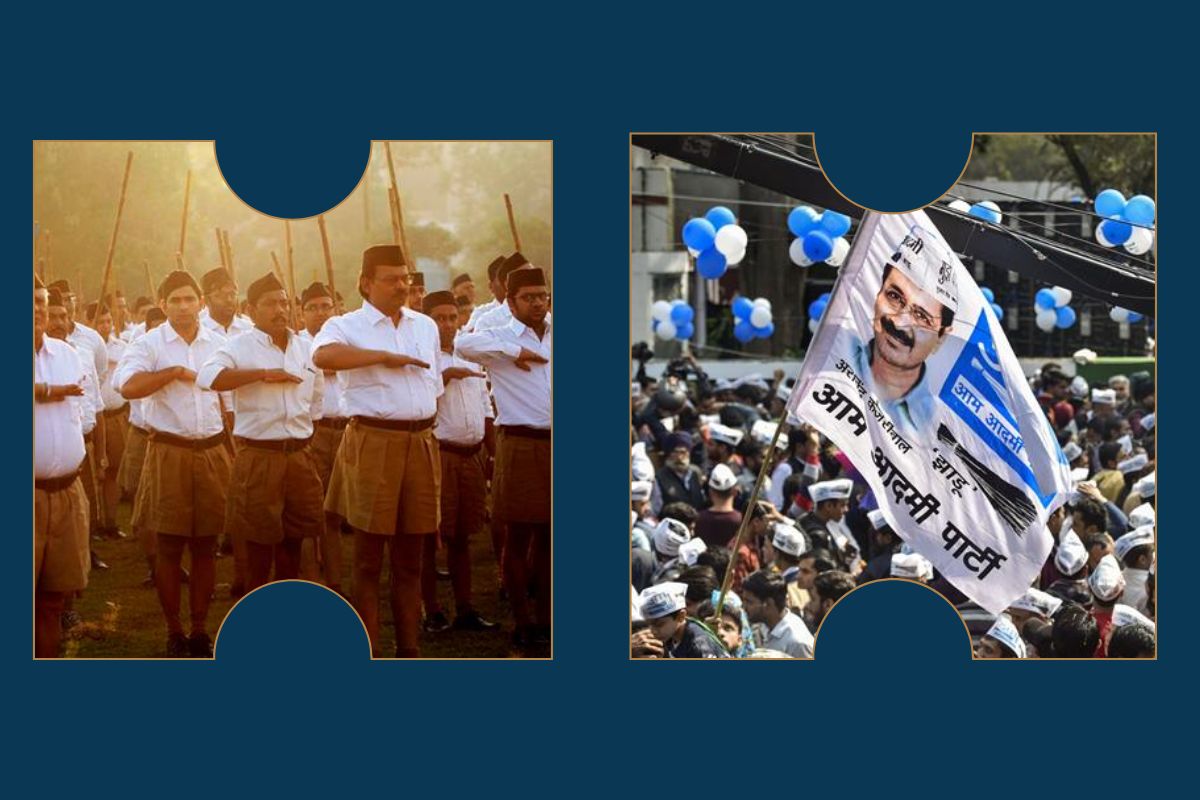 Aam Aadmi Party, which has raised its flag in Delhi and Punjab, is now going to work towards a new direction. The party will going to start “Tiranga Shakha” in Uttar Pradesh on the lines of Rashtriya Swayamsevak Sangh (RSS), the party’s state in-charge Sanjay Singh said on Saturday.

The AAP is framing to open 10,000 “tiranga shakhas” in the upcoming six months to aware the people of Uttar Pradesh about the “divide and rule policy” of saffron party BJP, he said.

Rajya Sabha MP said to the reporters of Lucknow that the BJP is patronizing politics of abhorrence. This is infirming the country and the Constitution of India. If the situation lasts , India will surely lose its identity. It has to be saved.

What is “tiranga shakha”?

Although it is not cleared by the party that how these sakhas will be made. But it is assumed that these are just like RSS. They will work to unite the people by promoting the feeling of “secularism” and to educate the people of UP and the country about the divisive policies of the BJP. The party will try to take its lead in this form.

Sanjay Singh revealed , from July 1 the party will start appointing ‘pramukhs’ to the ‘tiranga shakhas’ and 10,000 such ‘pramukhs’ will be appointed. Before the beginning of the shakhas the national tri-colour will be hoisted and the Preamble of the Constitution will be read so that people are mindful about the divisive powers, he said.

In the shakhas , great personalities like Bhagat Singh, Mahatma Gandhi,Bhimrao Ambedkar,Ashfaqullah Khan will also be taught, he specified.

Sanjay Singh also confirmed that the party will set-to the upcoming urban local bodies’ elections, scheduled to be held later this year, in UP.

Politics behind “RSS versus Tiranga Shakha”

After the announcement of AAP’s “tiranga shakhas” , BJP and Lok Sabha member Parvesh Verma suggested Arvind Kejriwal to visit RSS headquarter in Nagpur , so that to learn Nationalism.

He further said that , “Nationalism should be in our heart and mind.We know Kejriwal’s nationalism who questions surgical strike and opposes Kashmir files.”

Now it will be seen that till where and for how long this RSS vs Tiranga Shakhas game lasts.