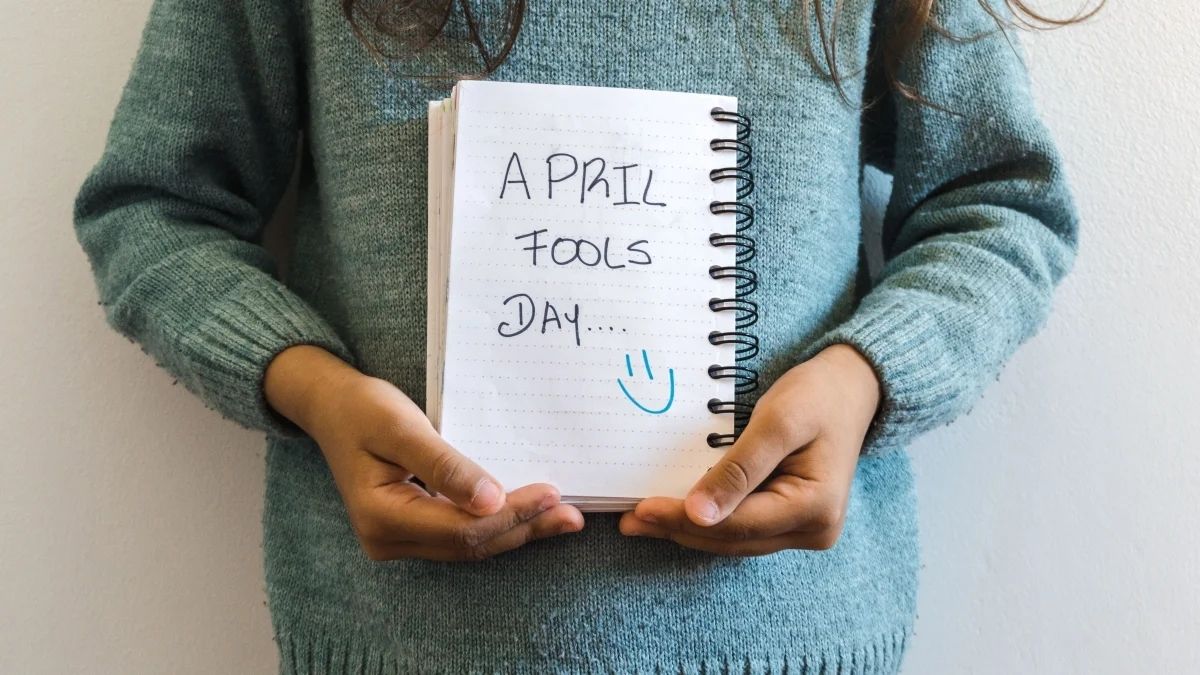 Ground Report | New Delhi: Every year on April 1, April Fools’ Day is celebrated in various countries by different cultures, with the aim of trying to play a prank on someone. History of April Fools Day. It can be as simple as a prank or maybe even a hoax, but it’s key on April 1 to be on the lookout for any potential April Fools’ pranks.

The first day of April has been associated with pranks, pranks, and pranks for several centuries, but the origins of the tradition are disputed.

Some historians predict that April Fools’ Day dates back to 1582 and is believed to have spread across Britain in the 18th century.

Other historians believe it began when many refused to accept the change of New Year’s Day from March 25 to January 1, when Pope Gregory XIII ordered Christian countries to switch from the Julian calendar to the Gregorian calendar in 1582.

Those who still celebrated the new year in April were called “April fools” and were mocked by those who celebrated the new calendar, according to the theory. Pranks played on them included putting paper fish on their backs, symbolizing easy-to-catch fish and a gullible person.

Another variation claims that it began even earlier in France after King Charles IX made a similar calendar change decree in 1563.

However, those origins may be questionable because there are references to the holiday before the calendar changes. A 1561 writing by a Flemish poet described a nobleman sending his servants on foolish errands on April 1. It is the oldest known unequivocal reference to the festival.

People who were late in receiving the news, or who did not realize that the start of the new year had been moved to January 1, became the butt of jokes and hoaxes.

The new year was previously marked between March 25 and April 1.

The French put paper fish on the “fool’s” back, and they were called Poisson d’Avril, or April Fish.

Meanwhile, in Britain, the tradition was popularized during the 18th century and treated as a two-day event in Scotland, where the “gowk hunt” would first take place. This is where people would be sent on aimless journeys to find something that didn’t exist, before Tailie Day would follow a day later, when a fake tail would be pinned to someone’s back or they would have a “Kick Me” sign.

In 1975, the BBC aired a mock report on the spaghetti harvest in Switzerland, claiming that spaghetti is grown from trees. The BCC later told viewers who asked how to plant such trees to “put a sprig of spaghetti in a can of ketchup and hope for the best.”

In 1974, a man started a fire atop Alaska’s Mount Edgecumbe to fool residents of nearby Sitka into thinking the long-dormant volcano was erupting.

In 1988, a man posted a parody news article on a newsgroup claiming that the Alabama state legislature passed a law redefining pi as exactly three in order to adhere to the Bible. State legislators were inundated with hundreds of calls protesting the legislation.

In 1992, NPR aired a segment featuring a former President Richard Nixon impersonator announcing his candidacy for the White House with a catchphrase that read, “I’ve never done anything wrong and I won’t do it again.”

In 1996, Taco Bell ran full-page ads in various newspapers announcing that it would purchase the Liberty Bell in Philadelphia and rename it “Taco Liberty Bell.” Subsequently, the company and the National Park Service received several angry phone calls. (History of April Fools Day)