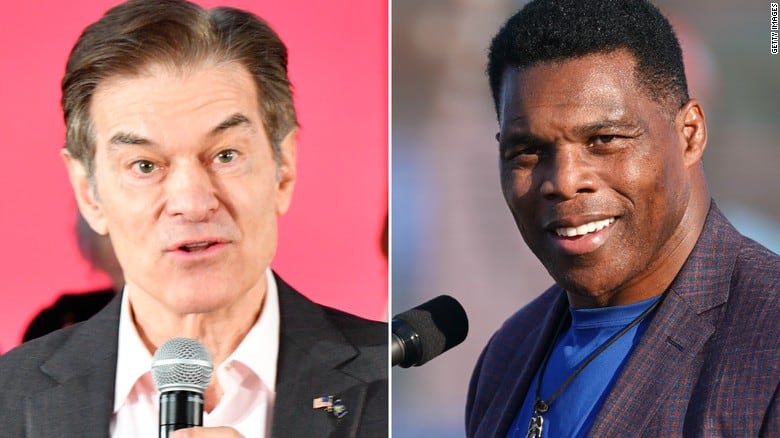 Ground Report | New Delhi: Hatch Act; The White House has asked two Republican candidates for the Senate to resign from their positions in a presidential council before 6:00 pm on Wednesday or they will be impeached.

Herschel Walker and Mehmet Oz were appointed to the posts in 2018 and are now Republican candidates for the Senate. “Members of the President’s Council on Sports, Fitness and Nutrition are considered special government employees, who, under the Hatch Act, ‘cannot stand as a candidate in partisan elections’ while conducting official government business,” according to CNN.

Oz, a celebrity doctor, is running for a US Senate seat in Pennsylvania. Walker, a former NFL star, is running for Senate in Georgia. The President’s Council on Sports, Fitness and Nutrition is a federal advisory committee that aims to promote healthy eating habits and physical activity. About 30 people serve on the panel.

Oz tweeted on Wednesday that the White House had demanded his resignation by the end of the day. He closed the move and said he wouldn’t do it. “If President Biden wants to politicize health, he will have to fire me,” he wrote.

Oz has based his campaign on being an outsider seeking to “cure” the Washington establishment. One of his targets is Dr. Anthony Fauci, the country’s top infectious disease expert, whom Oz has called a “little tyrant” for his handling of the COVID-19 pandemic.

His campaign did not immediately respond Wednesday to a request for comment on the White House request. It is against Biden administration policy for political candidates to serve on presidential caucuses, a White House official told CNN. The official confirmed that letters were sent to Oz and Walker on Wednesday requesting their resignation before 6 p.m.

The members of the presidential council are considered special employees of the government, noted CNN. Under the Hatch Act, they “cannot be candidates for nomination or election for public office in a partisan election.”

What is Hatch Act?

The Hatch Act of 1939, the Prevention of Harmful Political Activities Act, is a United States federal law. Its main provision prohibits civil service employees in the executive branch of the federal government, except for the president and vice president, from engaging in some forms of political activity.

1 thought on “What is Hatch Act that Mehmet Oz and Herschel Walker violated in US?”