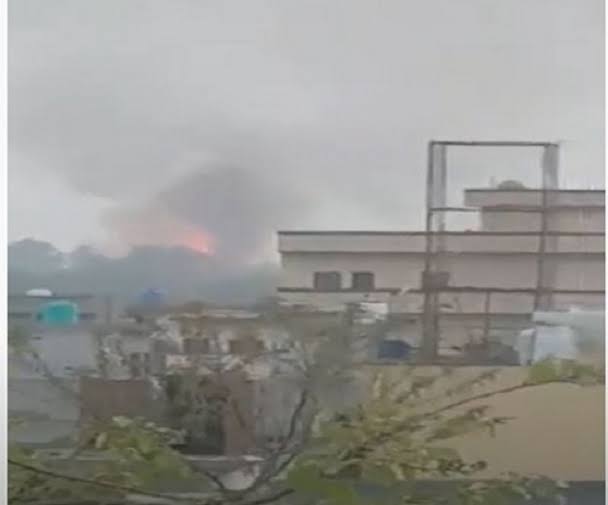 “Pakistan-Multiple explosions at the Sialkot military base in northern Pakistan. Initial indications are this is an storage of ammunition of storage area. A large fire is burning. Causes yet to be ascertained”, Rishi Suri, editor of The Daily Milap said in a tweet.

Another Twitter post read, “Blast in Cantonment area in Sialkot, Pakistan. Ammunition pile is on fire, shells seem to be coming out.”

The incident sparked outrage across Pakistan and was condemned by all sections of the society and demanded strict punishment to the culprits.

ATC Lahore recorded the statements of 17 prosecution witnesses against the suspects allegedly involved in the lynching and burning of 47-year-old Priyanta Kumara Diyavadana, a court official told PTI on Tuesday.

The trial is going on in jail and is in closed room for security reasons. ATC judge Natasha Naseem is conducting daily hearings at Lahore’s Kot Lakhpat Jail. ATC Lahore had last Saturday charged 89 suspects involved in the incident.

On Monday, six prosecution witnesses had recorded their statements. The prosecution has submitted a list of 40 witnesses, videos of the suspects, DNA and forensic evidence. The accused had denied the allegations of their involvement in the crime.