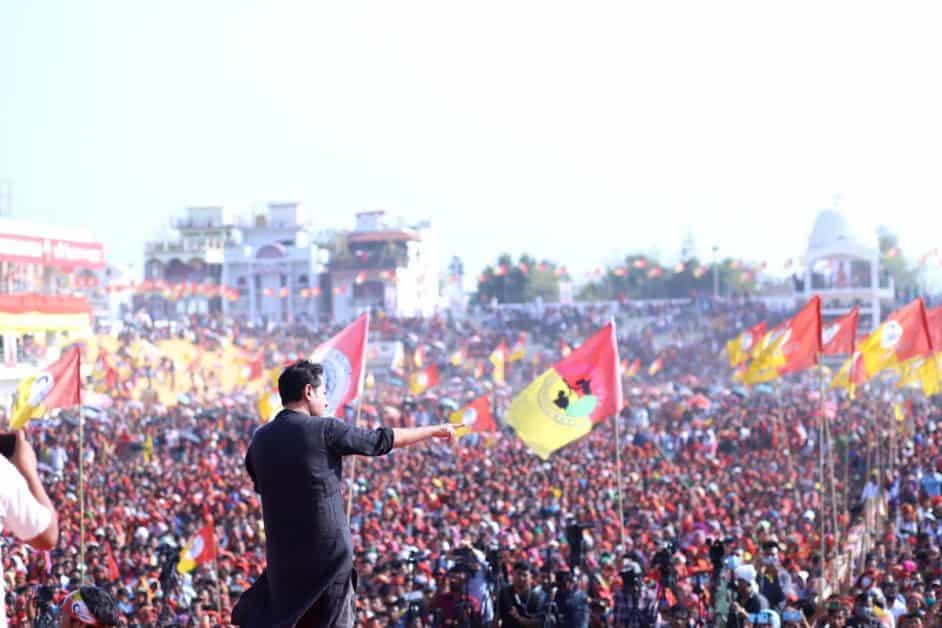 The BJP’s support base is increasing in the northeastern states, but discontent is also growing here. Tribals of Tripura are demanding a separate state of Greater Tipraland. They say that it is very important to create a separate state to protect the rights and identity of the tribals. But BJP sitting in power and other political parties in the state are against this demand. They believe that this demand is impractical. So let us understand why the demand for separate Tipraland is gaining momentum in Tripura.

What is Greater Tipraland demand?

Greater Tipraland is a big issue in the assembly elections due next year, which is becoming a problem for the ruling BJP. Because BJP wants to come back to power in the next year’s elections. BJP and IPFT are presently in power in Tripura. Amit Shah had recently announced that if they come to power again, he will make Tripura the number one state. But after 4 days, thousands of tribals gathered and started repeating the demand for a separate state.

In fact, the regional political party Tripura Indigenous Peoples Regional Alliance, headed by Pradyot Kishore Manikya Debbarma, the head of the royal family here, is demanding a separate state for the people here.

It’s a long due demand

Even before this, the demand for a separate Tipraland has arisen. Now the demand for Greater Tipraland is rising. Their demand is not yet clear. The Tripura Tribal Area Autonomous Districts Council was formed in 1985 to protect the tribal social, economic, and political interests from the time when extremist groups were active in the state. One-third of the state’s 40 lakh population is covered under this council. In this council, the party of Pradyot Kishor is ruling. It has won 18 of the 28 seats in the council elections held in April last year in a direct contest with the ruling BJP-IPFT alliance demanding Greater Tipraland. If this demand gets public support, it will be difficult for the BJP to come back to power.

Out of 60 seats in the state, 20 are reserved for tribals. In 10 other seats also, tribal votes decide the direction of elections. Tribals say that if their demands are not met, they will contest a total of 35 seats. In such a situation, it will be difficult for the BJP alliance to return to power.