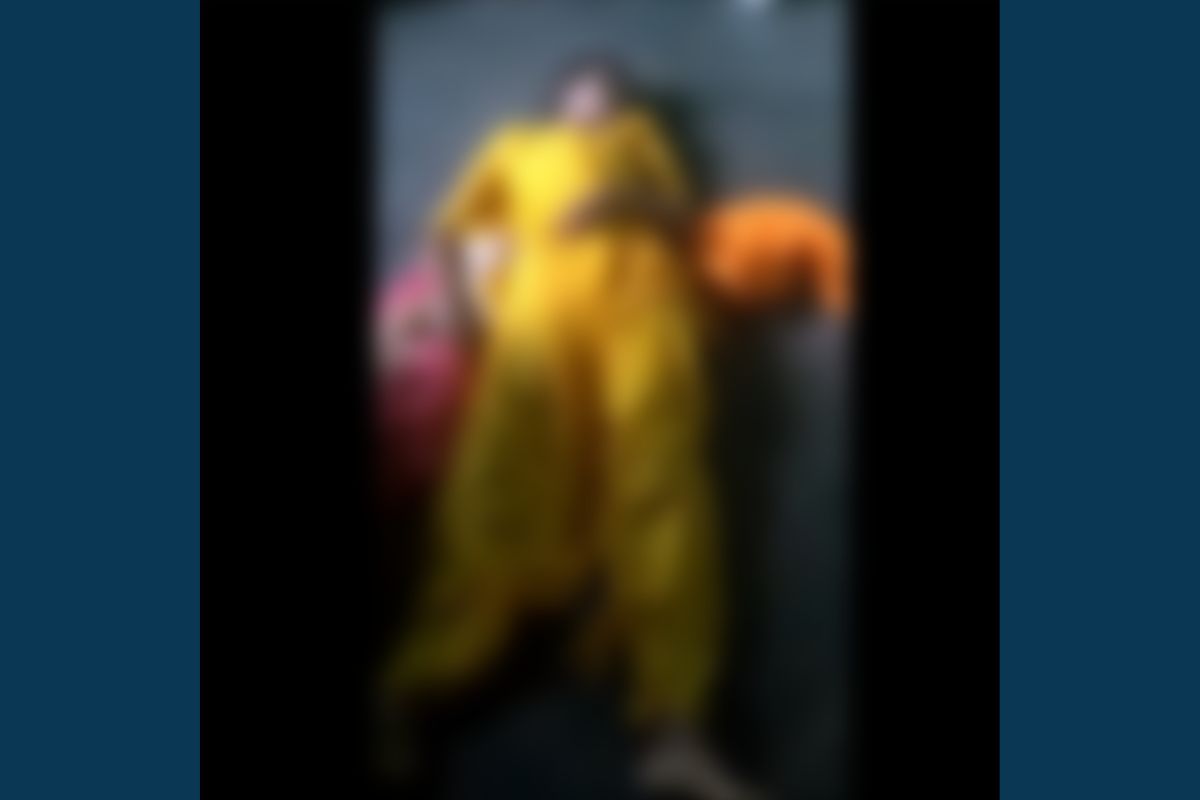 In Syed Raja of Chandauli, the case of an attack on the police who went to arrest the history-sheeter Kanhaiya has gained momentum. In this case, the history sheeter’s daughter had died under suspicious circumstances. The family alleges that the daughter died due to being beaten by the police. A 22-year-old girl from Manrajpur village died on Sunday after being allegedly thrashed by police. On the complaint of the relatives, orders have been given to register an FIR against the policemen. The road was blocked and the villagers ransacked. At the same time, the inspector of Syed Raja has been suspended in this case. Havildar Chhavinath Gautam was thrashed by the people and was seriously injured.

Kanhaiya Yadav is a resident of Manrajpur of Sayedaraja police station area, is an accused of gangster, and is also a district Badar. On Sunday evening, the police went to his house in search of Kanhaiya. It is alleged that the police beat up his daughters one 22-year-old and 18 year old so much that the 22-year-old girl died. After the incident, there was a stir in the district. According to the police, the girl has committed suicide.

Samajwadi Party leader Akhilesh Yadav said on the death of the gangster’s daughter that the Police acted deliberately.’A case of murder should be registered against the policemen. Akhilesh Yadav said that a 302 case should be registered against the police. Samajwadi Party leaders have gone on a dharna. Chandrashekhar Yadav, former Samajwadi Party MP Ram Kishun Yadav, Sakaldiha MLA Prabhu Narayan Yadav, Sudhakar, SP District President Satya Narayan Rajbhar, and Balram Yadav, are demanding justice. The video of the girl from the Twitter account of the Samajwadi Party has been posted. Demanding justice and targeting the Current government of Uttar Pradesh.

What’s in the PM report?

Superintendent of Police Ankur Agarwal said that according to post-mortem report Scratches near the neck and a slight injury near Joe on the left. No internal and external injuries were found.

Talking to the media victim said that police has beaten them. Almost 40 police have been deployed on the spot. The father of the girl Kanhaiya Yadav accused the Sayedaraja Inspector of killing his daughter by giving a complaint to the SP, alleging that the inspector. He also mentioned how can police enter the house in the absence of male members and with no arrest warrant. He also blames the policemen to beat his two daughters so much that one died. The victims sister said that the policemen raped her sister and beat her. She also claimed that her sister was hanged in a fan by the policemen.

Why Justice for Kavipriya is trending; what’s the whole matter?