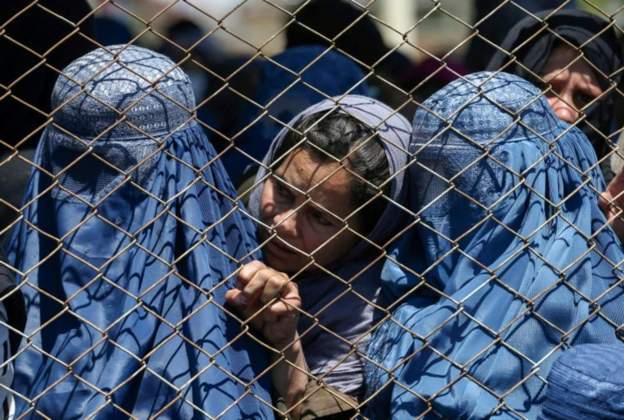 Ground Report | New Delhi: What are women saying about Taliban power; The Taliban have assured the international community that there will be no discrimination against women in Afghanistan under their rule. The Taliban have said they are “committed to securing women’s rights under the Sharia law system.”

The Taliban have said that women under their regime can study and work under Sharia law. But there is no clarity on how this will be implemented at the ground level. So far these questions have not been answered whether women will have the right to vote, can they join any party or can they become judges or sportspersons?

ALSO READ: What is Sharia law, how many countries follow them?

On Tuesday, the Taliban formally held a press conference for the first time since the occupation of Afghanistan.

During this, the organization’s spokesperson Zabihullah Mujahid, who appeared in front of the camera for the first time, was asked many questions about the future of women in the country, but instead of answering any question directly, he said, “New rules will create a new administration.”

He said broadly that women “will be needed” in health, law, education and the police. However, there is no clarity on the level at which they will be included in these areas. But Afghan women do not believe these claims of Taliban.

What are women saying about Taliban power

“I have absolutely no faith in what they are saying,” said a woman listening to a televised press conference in Kabul. Another woman said, “This is a trick of theirs. They are luring us so that we can get out of the house and they can punish us. I will neither study nor work under Taliban rule.”

According to one woman, “If I can complete my studies and work, then this will be the definition of freedom for me. For me it is the red line that the Taliban has not crossed yet.”

ALSO READ: Who will join the Taliban government?

She said that “I don’t mind wearing a hijab provided I can study and work. I live in an Islamic country and I’m ready to follow any Islamic dress code other than the burqa. I’m not a burqa.” I will adopt because it is not part of the Islamic dress code.

Zabihullah Mujahid described the Taliban’s victory over Afghanistan as a “moment of pride” at the press conference and said that “after twenty years of struggle, we have liberated the country and expelled the foreigners.”

He said that he does not want Afghanistan to be a land of war or conflict. He said, “We have forgiven all those who fought against us. We have forgotten the enmity. We neither want any enemy within the country nor do we want any outside enemy.”

Earlier, after the capture of Kabul, many senior leaders of the organization, including Taliban chief Mullah Baradar, reached Kandahar. Baradar is one of the co-founders of the Taliban and one of its most senior leaders.

It is not yet known from where they reached Afghanistan, but most of the Taliban leaders are believed to have been in Qatar’s capital Doha where discussions with the US were going on about the withdrawal of foreign forces from Afghanistan.