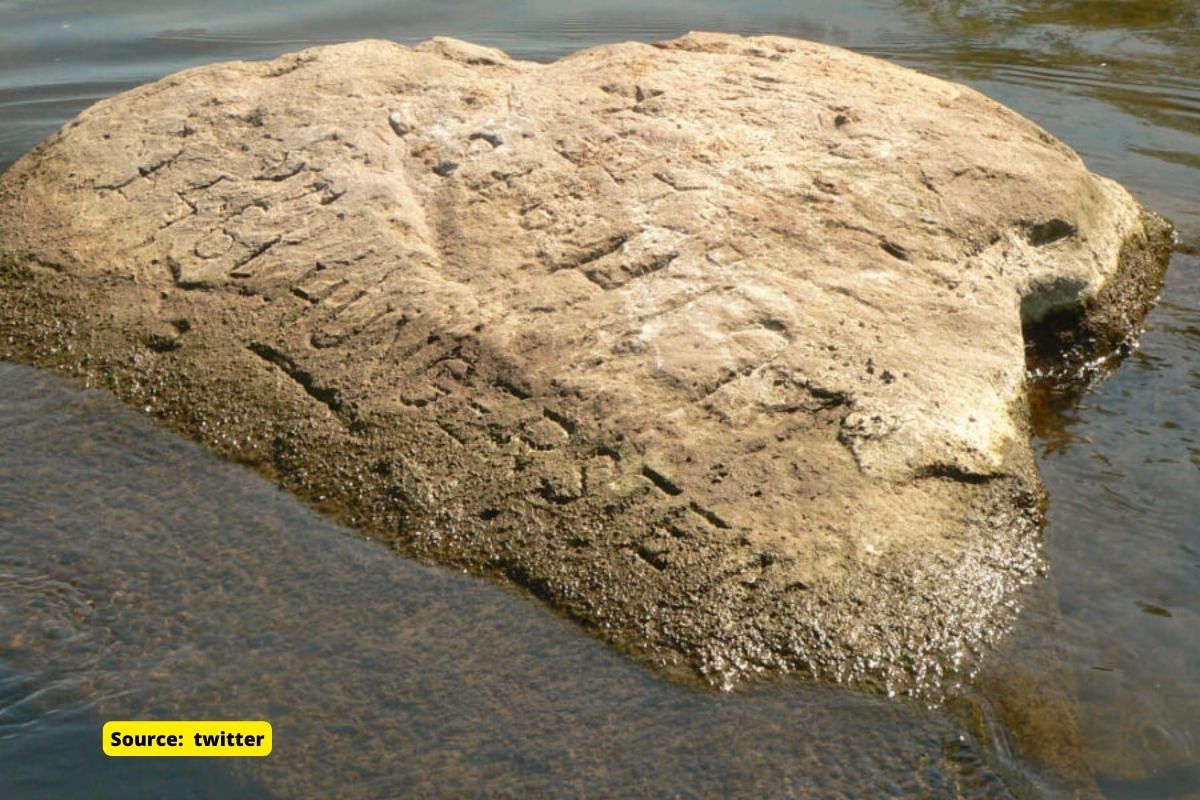 Droughts around the world are uncovering all kinds of finds: from forgotten cities to war tanks. But in Germany and the Czech Republic, the lack of the Elbe and the Rhine has revealed a warning from the past that was almost forgotten: the Hunger Stones. Called Hungersteine ​​in German, the stones are carved with warnings, in some cases centuries old, related to the danger of famine brought by low river levels in the past.

As Europe’s rivers dry up in a devastating drought that scientists say could be the worst in 500 years, their receding waters reveal long-hidden artefacts, from Roman camps to ghost towns and WWII shipwrecks. World War.

The so-called “hunger stone” at Děčín is one of the dozens carved into central European rivers to mark their levels during historic droughts and to warn future generations of famine and hardship likely to follow whenever it becomes visible.

“If you see me, cry,” says the ominous inscription on some of the stones that can be seen again and are part of a tradition that dates back to the fifteenth century. That phrase appears, for example, on a stone found in the Elbe River, dating from 1616. “Drought brings out a grim warning about famine, a message from our 15th-century ancestors,” journalist Olaf Koens tweeted.

What are the hunger stones?

Hunger stones, ohungsteine in German, are a common hydrological marker in central Europe. They date back to the pre-instrumental era.

Christian Pfister, climate historian and professor at the University of Bern, Switzerland, noted in an academic paper published in 2010:

Hydrological Winter Droughts Over the Last 450 Years in the Upper Rhine Basin: A Methodological Approach was published in the Hydrological Sciences Journal.

“Occasionally, people preserved the memory of rare low-tide events by carving the year into rocks emerging from rivers and lakes.

The Hunger Stones are a hydrological monument found in some Central European rivers that are revealed when the water level drops. The stones, dating from the 15th to the 19th century, were embedded in dry riverbeds to warn people in the future that difficult times might be near.

Some stones also feature watermarks detailing the dates of previous droughts, providing historians and researchers with some tantalizing primary evidence.

Currently, the problem is not so much the threat that the drought implies for agriculture as the problems that the low level of the rivers brings to river transport. According to the Confederation of German Industry (BDI), it is a problem for supply chains, which can affect all economic activity.

“We have little water in the Rhine due to the drought. In addition, we have high temperatures in the water and the combination of the two factors is somewhat toxic for the inhabitants of the Rhine,” climate expert Karsten Brandt told Der Spiegel magazine.

According to Brandt, what is happening is what the climate change models have been announcing for years, although for some time there has been hoping that Germany and Central Europe would be less affected by the crisis.