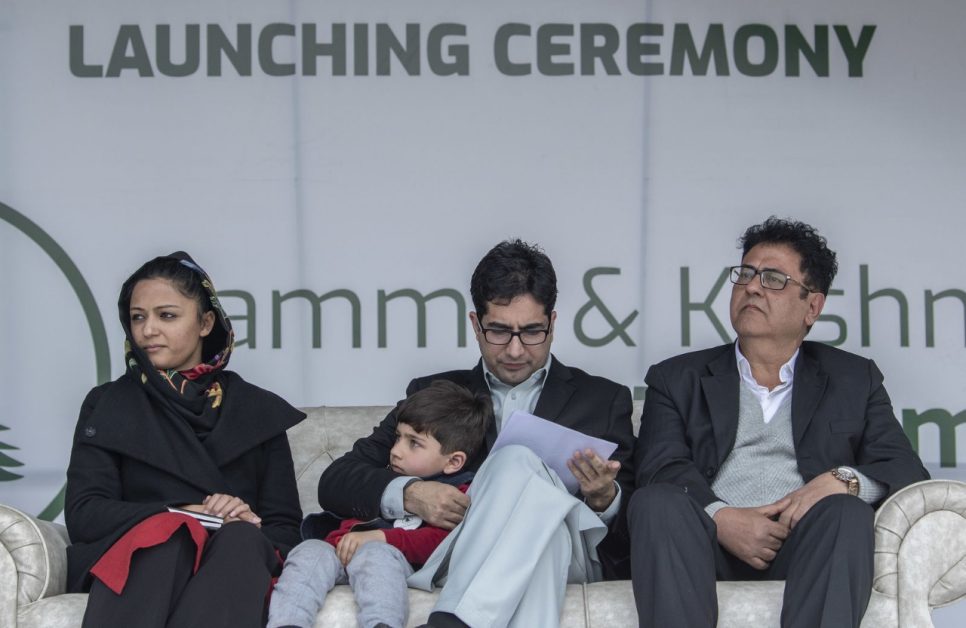 Former IAS officer Shah Faesal launched a new political party at an impressive public rally here on Sunday. Scores of supporters from different parts of the Valley attended the launch of the Jammu and Kashmir People’s Movemen.

Jawaharlal Nehru University (JNU) students’ leader Shehla Rashid and some other prominent persons across the geographical and religious divide in the state joined Faesal’s party.

The launch ceremony took place at the Gindun Park in Rajbagh area, which was flooded with banners and white flags.

Addressing the gathering mostly comprising youth, Faesal said, “I joined the civil services 10 years back. Over the years, I realised that my diagnosis as a doctor was wrong. I believed that by providing roads, electricity and safe drinking water, we could change the lives of the people. But I have understood that as long as the youth in Kashmir lives in a state of constant fear, as long as our mothers and sisters face the prospect of losing their dignity and dear ones, nothing will work here.

“Our party will work for the peaceful resolution of Kashmir as per the wishes of the people living here. We will fight with forces intent to divide Jammu and Kashmir on the basis of religion. We will represent Kashmir’s youth. We will work for the health sector will finish corruption from the state,” Faesal said.

Without taking any names, Faesal said, “Those who were ready to accommodate me in their political parties are now saying, I am an agent of the RSS and the BJP.”

Shah Faesal said, “Our intention to launch this party is to provide a platform for people from all religions and castes.

“Faesal also said that Kashmiri pandits were also part of the Kashmiri culture and that they should return to the valley.

He further said that the Jammu and Kashmir People’s Movement will work to fulfill the aspirations of the people of the state and make them “politically empowered, economically prosperous, socially emancipated, ethically evolved, culturally enlightened and environmentally conscious”.

Faesal’s exit from bureaucracy and entry into politics comes at the heels of the Lok Sabha elections, which will be held in Jammu and Kashmir in five phases. The state will vote on April 11, 18, 23 and and May 6. The votes will be counted on May 23.