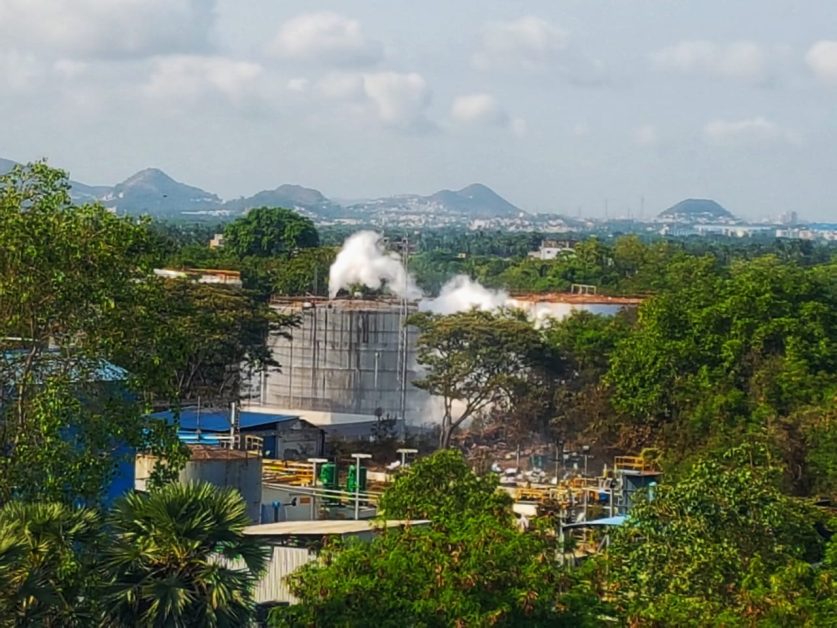 At least six people were killed and over 1,000 people were affected after a poisonous gas leaked in Visakhapatnam’s LG Polymers area in Andhra Pradesh. Following the incident, officials said that almost 80 to 90 per cent of the people were evacuated from nearby areas, The Indian Express reported.

Officials said that the situation was being monitored continuously and people were being evacuated to safety zones. However, the primary reason for the gas leak is yet to be ascertained.

Meanwhile, Prime Minister Narendra Modi condoled the incident and said that he is in touch with the NDMA and Ministry of Home Affairs officials. He added that the Centre will be providing all possible help to the state.

Taking to Twitter, the prime minister said, “Spoke to officials of MHA and NDMA regarding the situation in Visakhapatnam, which is being monitored closely. I pray for everyone’s safety and well-being in Visakhapatnam.”

Home Minister Amit Shah and senior Congress leader Rahul Gandhi also condoled the deaths of the people. “The incident in Vizag is disturbing. I have spoken to the NDMA officials and concerned authorities. We are continuously and closely monitoring the situation. I pray for the well-being of the people of Visakhapatnam,” Shah tweeted.

Rahul Gandhi urged his party workers to provide all the necessary support to the affected people. “I’m shocked to hear about the #VizagGasLeak . I urge our Congress workers & leaders in the area to provide all necessary support & assistance to those affected. My condolences to the families of those who have perished. I pray that those hospitalised make a speedy recovery,” he tweeted.

Meanwhile, Chief Minister YS Jagan Mohan Reddy enquired about the gas leak incident and directed the district officials to take every possible step to save lives and bring the situation under control. He will visit the hospital where the affected are being treated later.

While four people died due to inhaling the gas, two others died of accidents while escaping.

Residents complained that the gas leakage, which reportedly started at around 2:30 am from the plant at RR Venkatapuram near the Naiduthota area, caused burning sensation in the eyes, rashes on the bodies, and extreme difficulty in breathing.