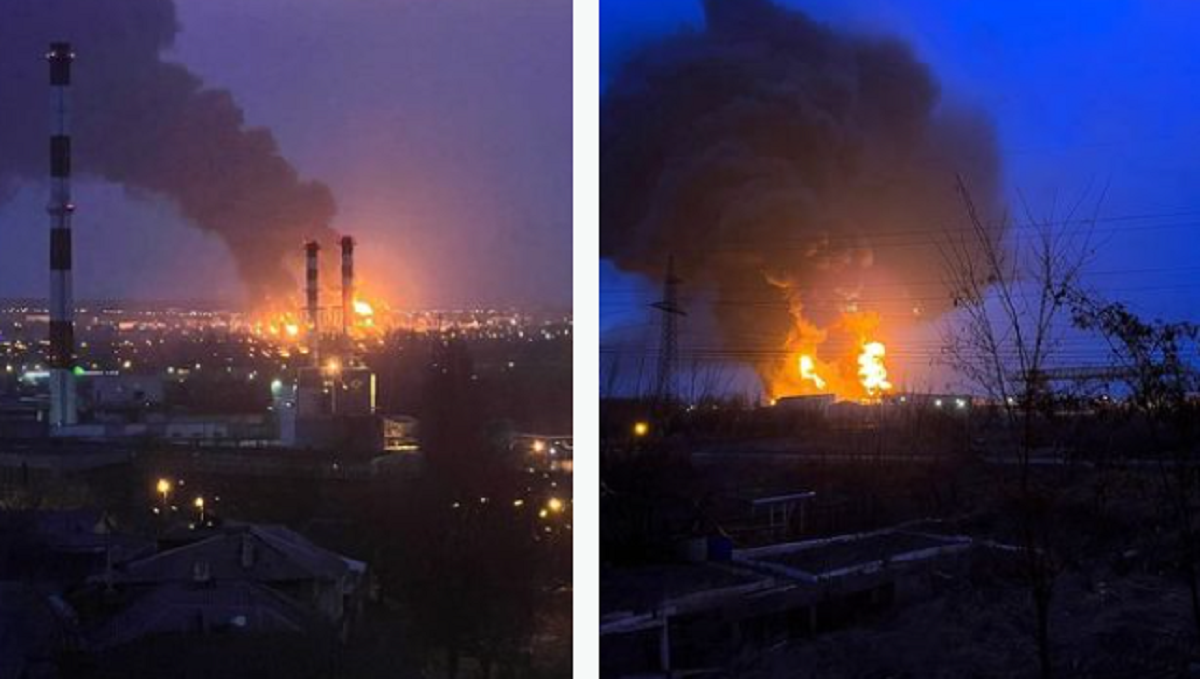 Ground Report | New Delhi: A major fire has broken out at an oil depot in Belgorod Russia, just across the Russian border from Kharkiv. Through his Telegram account, Governor Vyacheslav Gladkov said that two warehouse employees had sustained non-life-threatening injuries.

He alleged that the helicopters entered Russian territory after flying low. It comes two days after the province was rocked by explosions at an arms depot.

Two people were injured in the fire on Friday, Gladkov said on Telegram, and residents of three city streets were being evacuated.

Gladkov said this week that the weapons depot explosions were believed to be the result of another fire, although he said regional authorities were awaiting confirmation from the Defense Ministry.

If the Friday morning helicopter attack reported by ELINT is confirmed, it will be only the second Ukrainian attack on Russian territory since the start of the war after the attack on the Millerovo air base in late February.

On Tuesday, similar images emerged of a large explosion in Belgorod, at the site of a suspected weapons depot.

The depot was initially believed to have been hit by a Ukrainian missile. However, analysts later concluded that the explosion was likely due to human error, rather than a deliberate attack.

Ukrainian journalist Yuriy Butusov claimed that the depot was destroyed by an OTR-21 Tochka-U ballistic missile fired by Ukraine’s 19th Missile Brigade, but his report was not confirmed by Ukrainian officials.