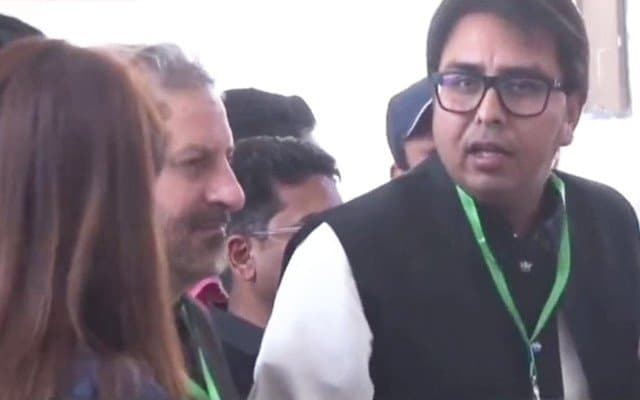 Speaking to the media, “In Punjab, when a woman’s husband dies, she is called a r*nd* [prostitute] and when a man’s wife dies he is called a randwa [widower],” Gill added. “A broker is called a d*l**a* [pimp] in Punjabi.”

When confronted by a journalist about his constant and liberal use of expletives, Gill told him that “every region has its own use of euphemisms and linguistics.” He expanded by saying that he didn’t know that the words in question r*nd* [prostitute] and d*l**a* [pimp] were considered swear words.

Digging deeper into the matter, he said that he was unaware that certain words were considered obscenity, and insisted that it is common to weave such words into everyday conversation in Punjab.

Gill stated that a fellow party leader told him that the words he used were considered obscene and rude. The journalist tried to refute Gill’s explanation by denying that such expletives are common in Punjab and in the context he mentioned.

However, Gill fired her from her. “I am explaining to you, this is how it is in Punjab. You are not Punjabi,” she said. Of course, Gill’s justification for his abrasive language has come under fire once again on social media.