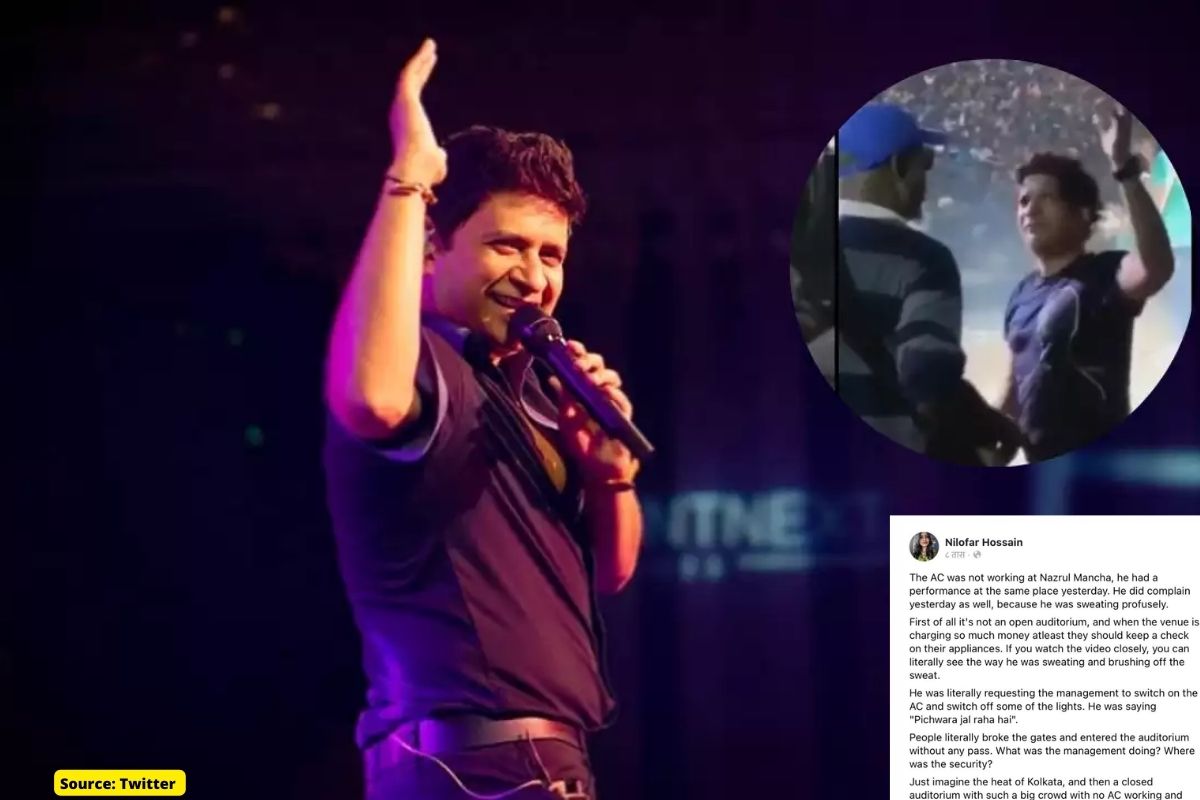 Bollywood singer Krishnakumar Kunnath, popularly known as KK died at the age of 53 in Calcutta after suffering a heart attack. His sudden disappearance has left the entire country in shock. KK was performing at Nazrul Manch in Kolkata and felt unwell during the concert.

Some audience members who attended the concert indoors said the singer was sweating profusely on stage and had even complained to organizers about the loading conditions. He had even asked the organizers to lower the lights. This appears to have been corroborated by the handful of videos of the scene circulating online.

In a post shared on Facebook, the fan revealed that it was not an open auditorium and even that the air conditioning was not working.

The post read, “The AC was not working at Nazrul Mancha, he had a performance at the same place yesterday. He did complain yesterday as well, because he was sweating profusely. First of all it’s not an open auditorium, and when the venue is charging so much money atleast they should keep a check on their appliances. If you watch the video closely, you can literally see the way he was sweating and brushing off the sweat. He was literally requesting the management to switch on the AC and switch off some of the lights. He was saying “Pichwara jal raha hai”. People literally broke the gates and entered the auditorium without any pass. What was the management doing? Where was the security? Just imagine the heat of Kolkata, and then a closed auditorium with such a big crowd with no AC working and you are singing like crazy at the top of your voice. The heart attack was not normal, I am shocked like shocked. Idk what to say.”

Hours before he reportedly collapsed, the singer took to his social media and shared a touching moment, reflecting on his love of music. Sharing a photo of himself performing at the concert, he wrote, “Heating concert tonight at Nazrul Mancha. Vivekananda College! Love you all.”

KK married his childhood sweetheart Jyothy in 1991. He is survived by his sons Nakul Krishna Kunnath and daughter Tamara Kunnath.

The Delhi-born singer has recorded songs in Hindi, Tamil, Telugu, Kannada, Malayalam, Marathi, Bengali, Assamese and Gujarati. The self-taught KK had never received any formal training in music. He is survived by his wife and his two children.

In his condolence message, Naidu said that KK’s death is a great loss for the music world. In a tweet, Modi said that he was saddened by the untimely death of prominent singer KK. The Prime Minister said that KK’s songs reflected a wide range of emotions that struck a chord with people of all ages.