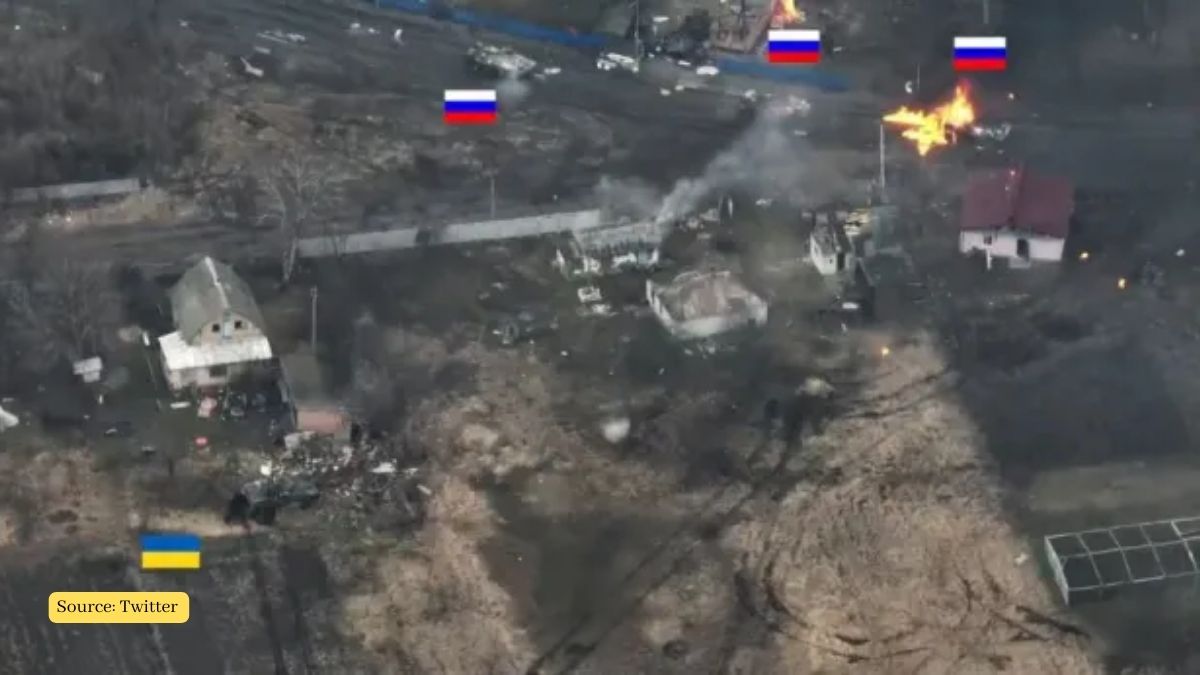 A video that circulates on social networks and has gone viral shows in an unbeatable way the resistance of the Ukraine tank against the Russian convoy in Kyiv. The footage, collected by drone and posted by a unit of Ukrainian volunteers on Telegram, shows a single well-positioned Ukrainian T-64 tank attacking a convoy of Russian BTR-82A armoured vehicles on a road in Nova Basan, west of Kyiv.

The date of the ambush has not been released, but it is believed to have taken place last week, as most Russian forces withdrew from cities and towns around Kyiv late last week and during the last weekend.

The Ukrainian tank managed to operate incredibly effectively against Russian armour, despite the considerable discrepancy in their technology. The T-64 is a machine that was first deployed in the 1960s. Ukraine inherited thousands of these armoured vehicles when the Soviet Union (USSR) was dissolved.

Ukrainian President Volodymyr Zelensky has called for warplanes and tanks to help repel Russian forces, but the request has met some resistance from NATO allies who are hesitant to spark a wider conflict.

The leader accused Moscow of committing a “true genocide” as he was visibly emotional, flanked by his soldiers and dressed in a bulletproof vest.

However, The US Agency for International Development has reported the delivery of 5,000 SpaceX Starlink terminals to Ukraine, bolstering internet access for residents after the Russian invasion began on February 24.

“The terminals will allow civil servants and critical service providers for citizens to continue communicating within Ukraine and with the outside world,” even if Russia cuts off other communications infrastructure in the country.

Also Read:  What is Ukroboronprom and its role in the Ukraine war?

The keys of the day