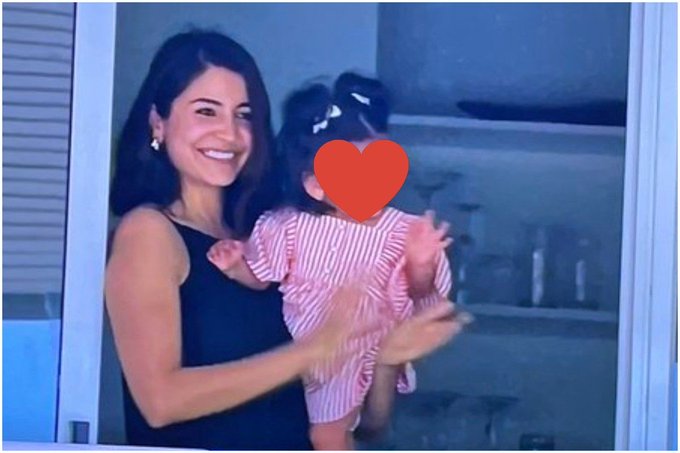 Ground Report | New Delhi: Vamika Kohli first picture goes viral; Fans of Anushka Sharma and Virat Kohli are very disappointed with the photos and videos of Vamika trending on social networks. The star couple had asked everyone not to click or save footage of their daughter Vamika.

While Indian paparazzi have been adhering to the same since Vamika was born in January last year, a sports channel on Sunday aired Anushka and Vamika cheering on Virat from the stands during the match against South Africa.

During Sunday’s match, the live broadcast showed Anushka standing in the audience and cheering on Virat. She had Vamika in her arms. The camera pans over them for about ten seconds, giving a clear view of Vamika’s face for the first time.

Furious fans took to their social media to condemn the posting of Vamika’s photo, against her parents’ wishes. “Sky sports reveal vamika face Not the right way @imVkohli @AnushkaSharma #vamika,” one user wrote.

The couple had earlier released a statement to request privacy for their baby that read, “We seek privacy for our child and would like to do our best to give her a chance to live her life freely away from media and social media. As she is older, we cannot restrict her movement and hence your support is needed so kindly practice (refrain) in the matter. A special thank you to fan clubs and people of the internet for going out of your way to not post images. It was kind and highly mature of you.”