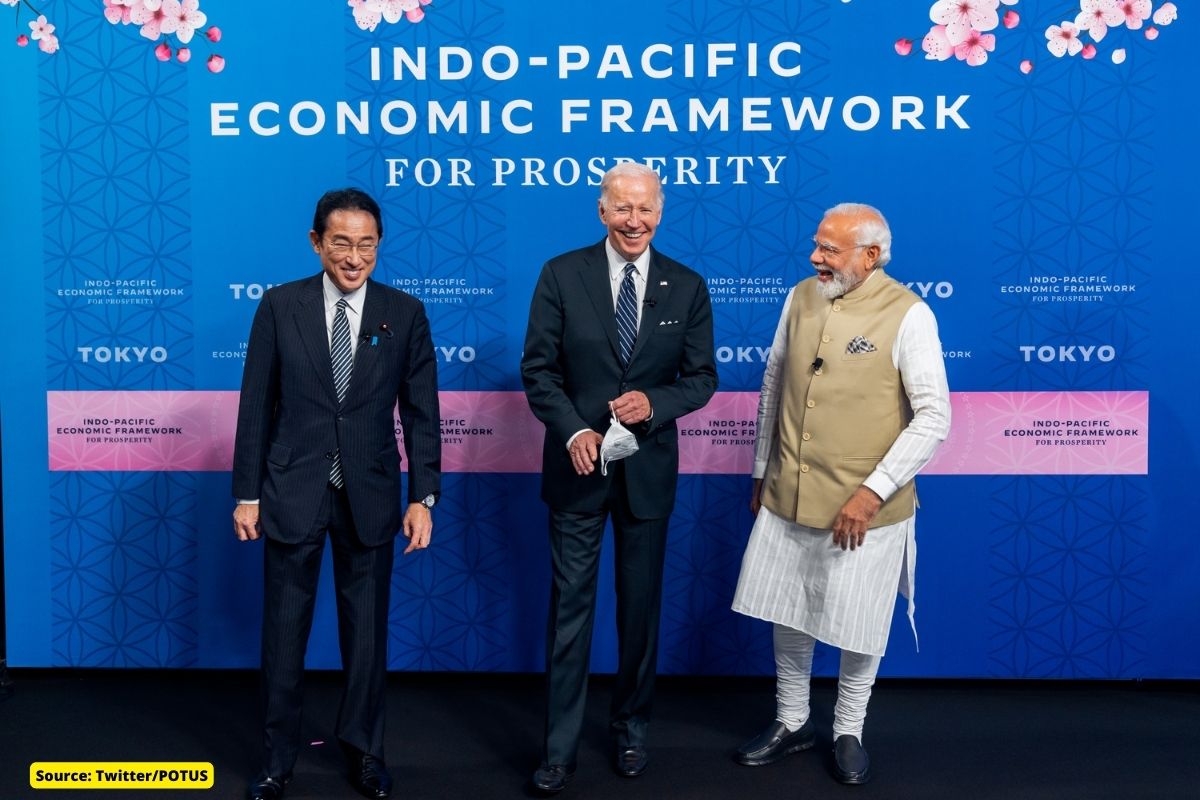 The Quad or Quadrilateral Security Dialogue strategic security dialogue between India, the U.S, Japan and Australia. The quad main aim is to co-operate with partners in the region. The Quad submit was formed to check China’s growing economic and military power. The dialogue was initiated by Japanese Prime Minister Shinzo Ab in 2007.

Together, the new framework comprises 40 per cent of global GDP. Biden has also commented on Taiwan, He said the US would use military force to defend the island should China attack. Biden’s remarks on Taiwan have angered authorities in Beijing. China has insisted there is no room for compromise on the issue and said it is ready to defend itself.

Is South Korea About to Join Quad?

South Korea president Yoon Seok-you expressed his desire to join the quad. Many observer members of the quad and after some time can become a member. Quad has held “Quad-plus” meetings that have included New Zealand, South Korea, and Vietnam, which could form the basis for future expansion or partnership in the region.

New steps by India And US for Indo-Pacific

The Prime Minister said Quad is moving ahead with a constructive agenda for the Indo-Pacific which will further strengthen its image as a “force for good”. In his opening remarks at the summit, Prime Minister Modi said the Quad has gained a significant place on the world stage in a short period.
“We have increased coordination in areas of economic cooperation, climate, disaster response, supply chain resilience, vaccine delivery, adverse situations happening at the time of COVID-19 “.

PM Modi said the cooperation among the Quad countries in various areas is contributing to peace and stability in the Indo-Pacific region.
The relationship of china with other member countries is not good. Quad has become tense in the last few years with Beijing increasingly challenging democratic values and resorting to pressing trade practices.

Prime Minister Narendra Modi joined US President Joe Biden in the launch of a US-initiated trade framework aimed at deeper cooperation among Indo-Pacific countries in areas like clean energy, supply-chain resilience and digital trade. The aim of IPEF came as part of Washington’s efforts to push forward a strong economic policy for the Indo-Pacific region to counter China’s aggressive strategy on trade.