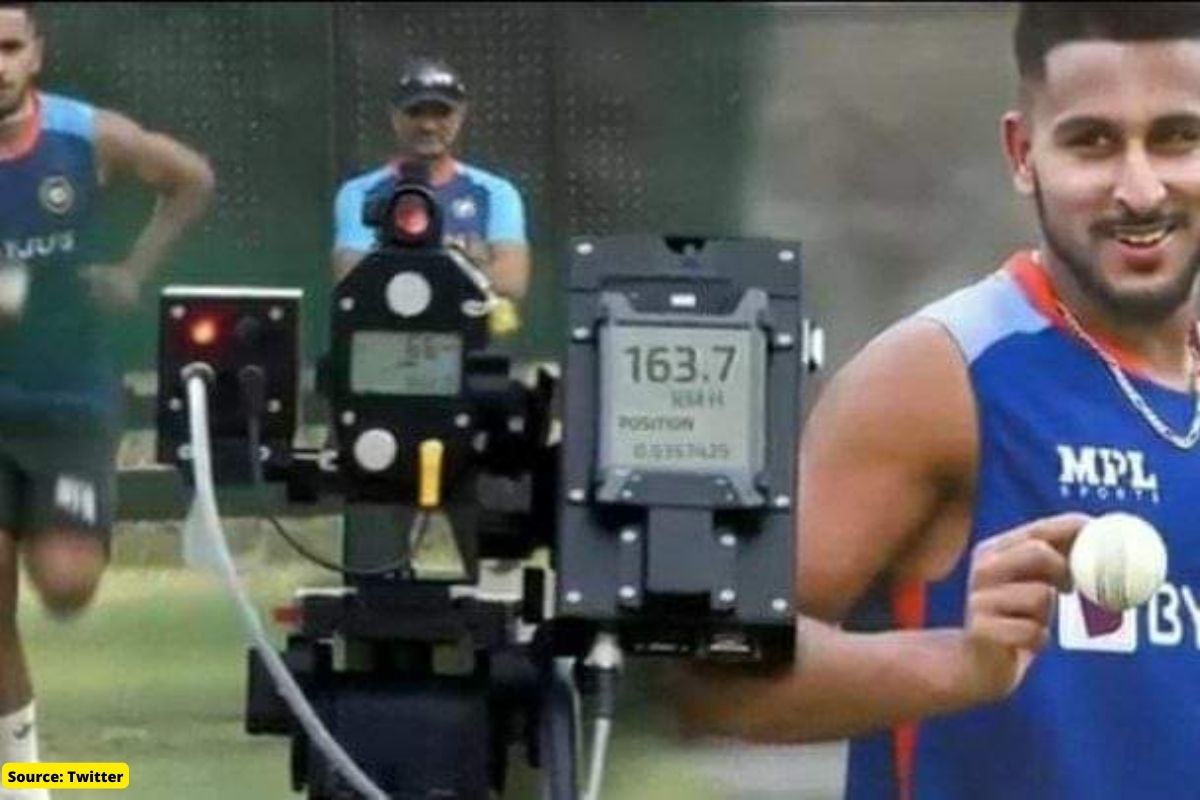 Umran Malik reportedly delivered a 163.7mph delivery in a clean session ahead of the T20I series against South Africa, unsubstantiated sources claim.

The 22-year-old from Jammu & Kashmir was first called up after a sensational IPL 2022 season with Sunrisers Hyderabad. Even though SRH didn’t make the playoffs, Malik was the bright spot on the team.

In 14 games, the speedster took 22 wickets, including a memorable five-wicket haul against Gujarat Titans, albeit in a losing effort.

Although Malik was a bit expensive during the season, losing 9.03 races for more, the advantage of his extreme pace (he reached 157 KPH) and the fact that he will learn with time and experience propelled the national selectors and the management. to call him up for the Indian team.

True or not, rumours of Malik’s 163.7 kmph delivery on the nets did not impress any of the Indian cricket team’s fans who compared his delivery to the fastest ball in the world bowled by Pakistani bowler Hasan Ali, based on the speed gun tracked during a match between Pakistan and Bangladesh in November 2021.

A Twitter user tweeted “Going by the fact that NONE of the bowlers have ever bowled this fast in the history of Cricket, suggests that this is more likely a case of the machine being wrongly calibrated They should use the machine to measure the speed of something we know(like car) &adjust it accordingly”

Umran Malik is a 22-year-old right-arm fast thrower who hails from Jammu and Kashmir. His father, Abdul Rashid, is a fruit seller, while his mother is a housewife.

During his childhood, Umran played tennis ball matches which brought him cash prizes. He never received proper cricket training. “After playing at school during the day, he would leave the bag at home and also go play cricket at night,” said Umran’s father, Abdul Rashid.

He added: “I used to tell him, ‘Play cricket, but also pay attention to studies.’ I never refused to buy equipment or other things for him.”

He was passionate about becoming a cricketer, but he hadn’t played a cricket ball until he was 17 years old. However, he surprised the U-19 coaches with his pace during a practice session.

The selectors, seeing Umran bowling in nets over cement wickets, asked: “Who are you? You are bowling so fast! Why are you not playing matches?”

Funds requested for climate disasters increase by 800%
Flood threat in Kashmir may increase due to increase in monsoon rains
Less air pollution will increase agricultural production by 8% in India: Study