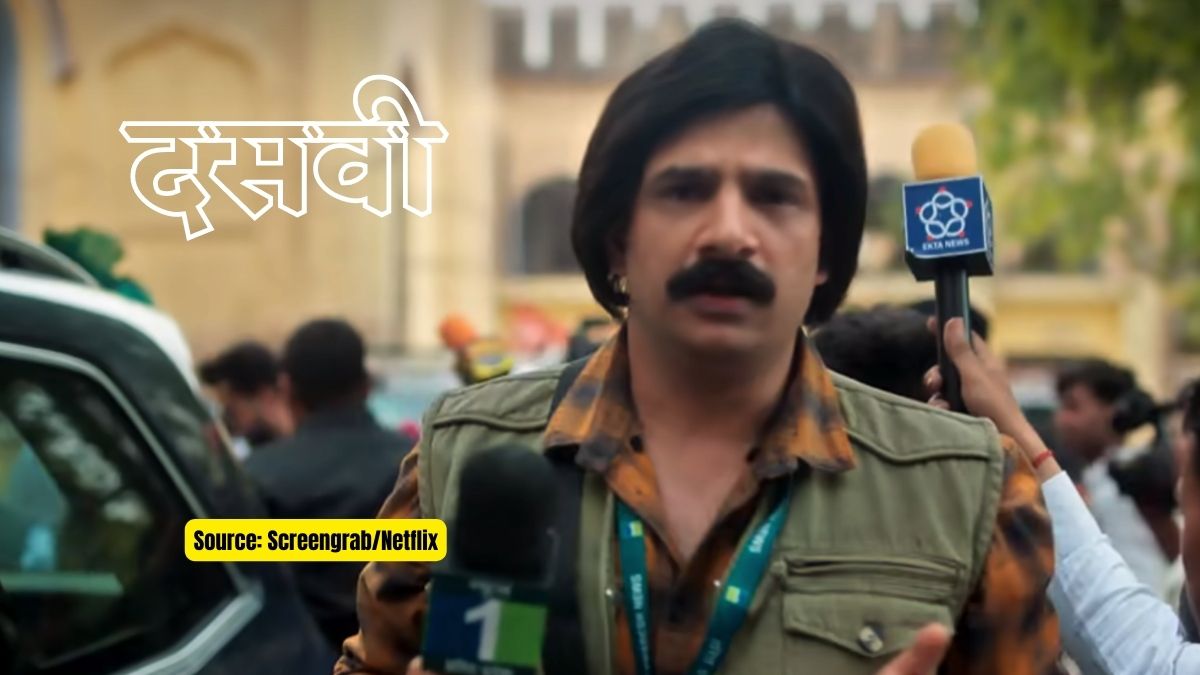 Abhishek Bachchan is playing the lead role in the film as Gangaram Chaudhary, the Chief Minister of Harit Pradesh. In this film, we get to see Raja Rabish Kumar in the role of a news reporter. Although his dialogues in the film are not that great, still it is good to watch him.

Who is Raja Rabish Kumar?

Raja Rabish Kumar is inspired by the veteran TV journalist Ravish Kumar of NDTV. This show screens on the OTT platform TVF. Raja Rabish Kumar brings to the fore the problems of the people with humorous satire. Shivankit Singh Parihar does the exact acting of News Anchor Ravish Kumar, people like his style a lot.

Those who are his fans will surely be happy to see their favorite reporter in Dasvi, but the film is not that strong.

Before we give you a review of the film, let us tell you more about Raja Rabish Kumar.

The Screen Patti series Raja Rabish Kumar made Shivankit Singh Parihar famous. Although he started his acting career in 2014 with ‘Shuruvaat Ka Interval’. After that in 2016, Shivankit appeared in TVF’s ‘Bachelors’ alongside Bhuvan Bam, Badri Chavan, and Chhote Miyan.

In the film Dasvi, he appears in the role of a reporter, in his familiar style. Although his character appears only twice in the film, the dialogue is also not very effective. But his style is sure to captivate you.

Now let’s talk about the story of the film. The film is a satire on the politics of Haryana. CM Gangaram Chaudhary, who is not even 10th pass, goes to jail in a corruption case. In his place, his wife holds the chair of CM. The domestic lady who is not interested in politics at all takes the oath of CM under compulsion.

Gangaram Chaudhary i.e. Abhishek Bachchan tries to run power after his wife from jail itself. His wife, who has tasted power, later grabs complete power instead of becoming a rubber stamp CM and starts using it. Yami Gautam, who came in the role of the jailer, refuses to give special treatment to the jailed Abhishek Bachchan. She inspires Gangaram Chaudhary to pass the 10th examination.

This well-intentioned film fails to tie you into the story. The dialogues of the film seem forced. The timing of the jokes also doesn’t seem perfect. However, the film gives the message that there is no age to study.

If you have free time and want to watch a light-hearted movie, then you can go to Netflix and watch Dasvi.

Who is Azadeh Masihzadeh, the person to accuse Iranian director Asghar Farhadi of plagiarism?