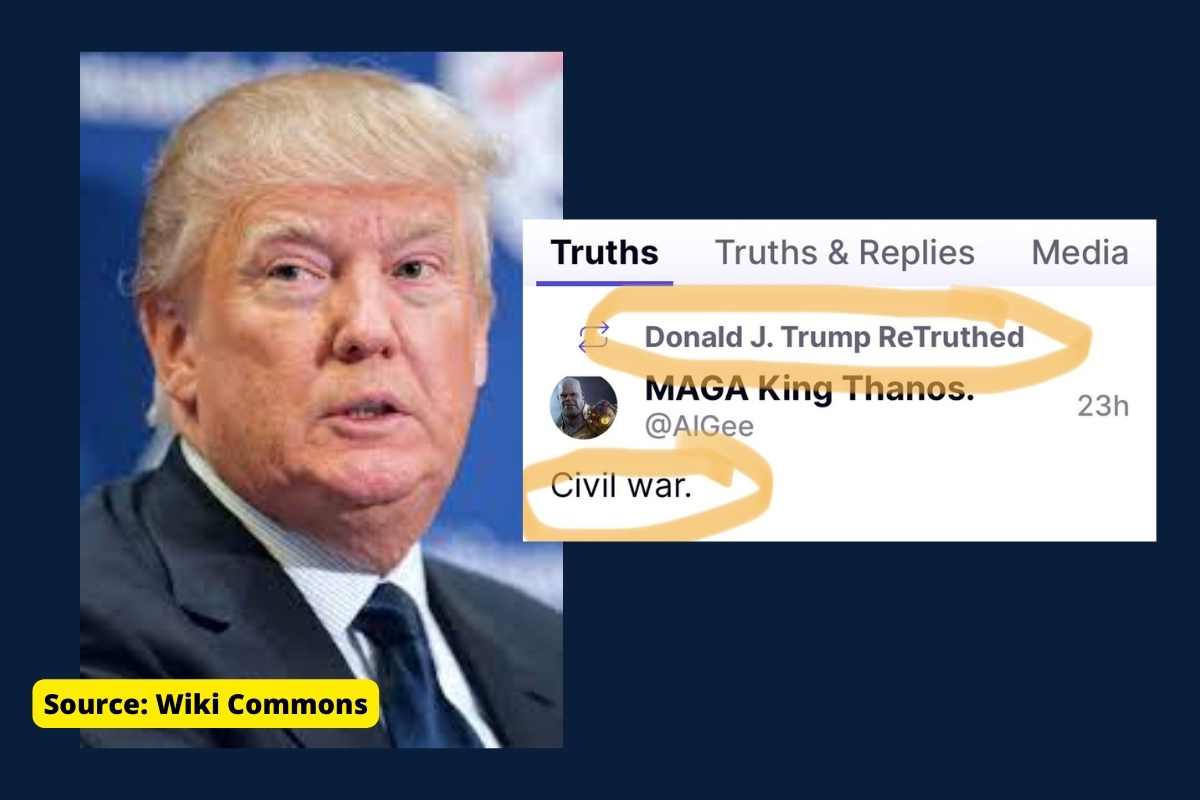 Former US President Donald Trump shared a post on his social media platform that appears to be advocating for the Civil War in America. A user of Truth Social wrote ‘civil war’ by quoting a post of El Salvador President Nayib Bukele, which was shared by Donald Trump. Since then, Trump’s irresponsible attitude is being criticized across America. Even the leaders of the Republican Party are opposing his post.

El Salvador’s President Bukele, who is considered a supporter of Trump and is upset with the current Biden administration, wrote in his post “The most powerful country in the world is falling so fast, that it makes you rethink what are the real reasons,” “Something so big and powerful can’t be destroyed so quickly, unless the enemy comes from within.” He did this tweet regarding rising inflation in America.

Bukele is considered a far-right leader, he is also called a mini trump because of his hardline decisions.

Attorney George Conway, who has been a critic of Trump, says the Republican Party is becoming increasingly radical. Those who feel that if someone disagrees with their views, then the only way is to resort to violence to shut their mouth. The same seems to be the intention of sharing this social media post. It is very sad that a former President and a possible Republican presidential candidate again in 2024 is pointing toward a civil war in the country.

Many users on Twitter condemned this post of Donald Trump and said that what kind of former President is this who can speak so many ugly things for America. When there is a civil war, it is certain that Donald Trump will not be fighting it, like the Vietnam war was not fought by any president but the soldiers of the country and the public would suffer its loss. By igniting a fire in their country, leaders like Trump stand far away and watch the spectacle.

One social media user wrote look Republican supporters, and how your favorite leader thinks about this country. It can never be patriotic.