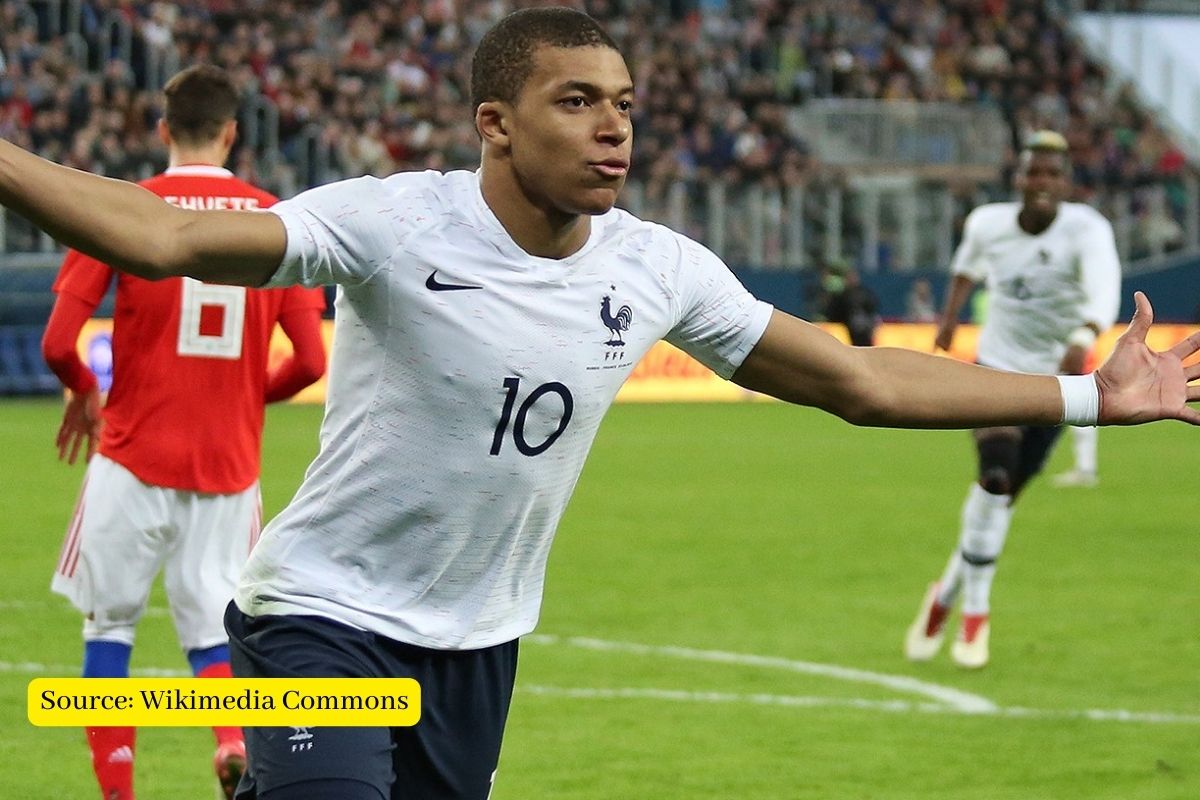 Frenchman Kylian Mbappé touched the ball, including all three of his goals, in the 2022 FIFA World Cup final against Argentina. Kylian Mbappé scored a hat-trick seemingly out of nowhere to electrify the World Cup final, he finished the tournament as the top scorer with eight goals, and he still missed winning a second straight title.

The French superstar was on the losing side of an epic final against Argentina that ended in a penalty shootout after a 3-3 draw on Sunday. He was later consoled on the pitch by French President Emmanuel Macron.

Who is Kylian Mbappé?

Mbappé hails from the Parisian suburb of Bondy, approximately 11 kilometres northeast of the centre of the French capital. Kylian Mbappé is one of the highest-paid French footballers in the world. His track record is impressive: he won the French championship at 18 and became the world champion at 19. He is the youngest player to score 100 professional goals and to reach 50 caps for the France team.

It is perhaps not surprising to learn that Mbappé comes from a prominent athletic family, with his father Wilfried playing soccer for his hometown team AS Bondy in the 1990s. Mbappé’s mother, Fayza Lamari, was also a successful handball player. She played for Bondy in France’s first organized handball league around the same time.

“She [Fayza] was a symbolic figure of Bondy’s handball club,” Jean -Louis Kimmoun, the club’s former president, told Le Parisien in 2017. Finally, Mbappé’s brother, Jires Kembo-Ekoko, is also a professional footballer his last team was Bursaspor of Turkey, while his younger brother Ethan is part of PSG’s youth academy.

Mbappé claimed to have had several idols as a child, but only one graced his bedroom wall as a child. As revealed in a photo taken before he became a star, the young Mbappé was obsessed with Cristiano Ronaldo, with every inch of his wall covered with images of the former Real Madrid player.

He is the youngest player to play for AS Monaco when at just 16 years and 347 days he came off the substitute bench to replace Fabio Coentrao in the dying minutes of a 1-1 draw against Caen in December 2015.

Mbappé became the first teenager since Michael Owen to score more than one goal at a World Cup when he scored four goals for France in Russia in 2018. The PSG star was not even born when Owen scored twice for England (against Romania and Argentina) at the 1998 World Cup.

Kylian Mbappe net worth is $150 million. When he started his professional career, he earned nearly $25 million between salary and endorsements. Today, he earns a base salary of $53 million plus $10 million for endorsements each year, for a total of $63 million in pretax earnings.

In June 2022, Mbappé resigned from his contract with PSG but was offered a sizeable offer from Real Madrid. According to the New York Times, the club had made Mbappé a contract offer that would have made the 23-year-old striker the highest-paid player in its history. His offer included a signing bonus of nearly $140 million and take-home pay of more than $26 million.

“Everybody knows I wanted to leave last year. But things are different now, in sporting terms and personally…. leaving my country wasn’t the right thing. There’s a sentimental aspect to this, and the sporting project has changed as well. … We spoke for months about the sporting project, and we spoke about money for just a few minutes.”

Following his performance in Qatar, Mbappé now has 12 World Cup goals to his name, tied with Pelé for sixth on the all-time goalscoring list. It took 14 games for the two young stars to reach this record, but half as many tournaments for Mbappé.

Prior to the World Cup, Mbappé has scored 221 goals in 309 games in club football across all competitions.

Mbappé’s name has been romantically linked to that of Ines Rau, a transgender model and former cover girl for Play Boy magazine.

Mbappé is a practicing Christian.