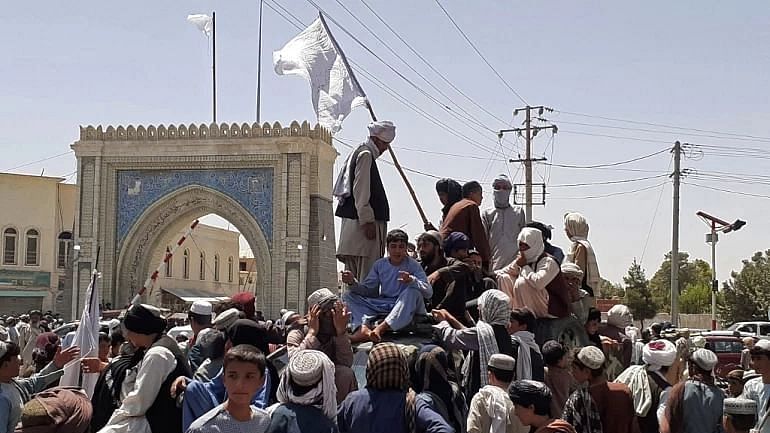 Ground Report | New Delhi: Taliban’s shadow on capital Kabul; The crisis of Taliban occupation of Kabul has become very deep. Kabul is surrounded by Taliban fighters from all sides. Many Taliban fighters have entered Kabul.

However, a Taliban spokesman says that they have been asked to stop at the gate of Kabul. Meanwhile, American officials are being evacuated from Kabul with the help of a helicopter.

According to the news agency AFP, he has quoted some local people to say that the fighters have entered the city. At the same time, according to the report of Al Jazeera, the Taliban has issued a statement online, in which they have issued instructions to their fighters not to cross the doors of Kabul.

“Negotiations are currently underway so that the transfer process can be completed with complete safety, without loss of life, property, and dignity, and the lives of the Kabulis,” the Taliban said.

The Taliban has released another video in which they try to assure banks, merchants, and other entrepreneurs that their assets, money, and institutions will not be affected by the armed group. But despite this people are running away from Kabul.

If Kabul is captured by the Taliban, then the whole of Afghanistan will come under the Taliban. In the last two days, the Taliban have also captured major cities like Mazar-e-Sharif and Jalalabad.

The Taliban have appealed to citizens not to leave the country, saying that the Taliban want people from all regions to live in the country and see their future in the Islamic emirate.

However, according to reports from Kabul, white Taliban flags are flying in many areas of the city and Taliban fighters are on the streets.

An official of the Afghan Presidential Palace tweeted that the sound of firing is coming from many places in the city, but at present Kabul is under the control of Afghan government security forces.