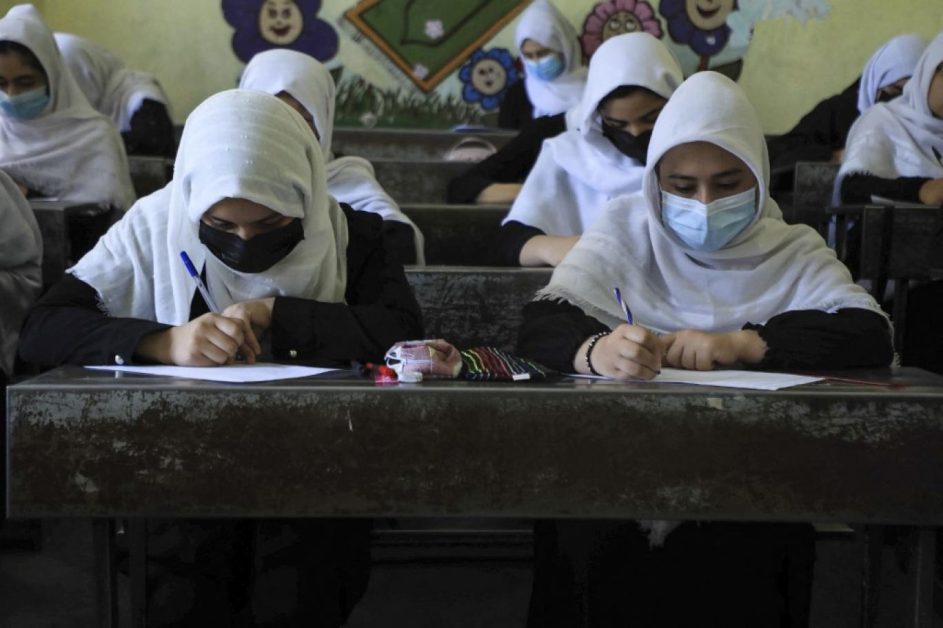 Ground Report | New Delhi: Taliban reopen schools; A full month after the Taliban took over Afghanistan, secondary schools are being opened there once. The Taliban government’s education ministry on Friday ordered all male teachers to return to work.

The ministry said that schools will be opened from Friday for students studying from class VII to XII. However, so far the Taliban has not said anything about girls going to school. In such a situation, it is not clear yet what will happen to the female teachers and students who have been locked in the walls of the house since the Taliban came to power.

Two decades ago, when the Taliban government was in Afghanistan, the education of girls and women was banned from leaving the house without a man.

Future of girls in Afghanistan matter of grave concern

UNICEF welcomed the Taliban’s decision to open schools for boys but said girls should not be taken away from education. UNICEF said the future of women and girls in Afghanistan is a matter of “grave concern”. The organization said, “It is important that all the girls can continue their education without any delay. For this, it is necessary that women teachers also return to work.

According to the news agency AFP, since the US military campaign, there had been a lot of progress in the education of women in Afghanistan and the literacy rate among women had increased to 30 percent. However, it is also true that the literacy rate was much lower in rural areas as compared to urban areas.

Primary schools have already been opened in Afghanistan and boys and girls are being made to sit in separate classes. Many female teachers have also returned to work.

The Taliban’s new regime has also allowed female students to attend private universities, although various restrictions have been imposed regarding the clothing and space of the students on campus. After the occupation of Afghanistan, the Taliban had said that their government this time would be different from the previous government and they would not impose restrictions on women’s work.

But this week the Taliban ended the ministry of women’s affairs. In its place have come the ministries of decency, mitigation, which during the old Taliban regime was known to enforce strict Islamic laws.