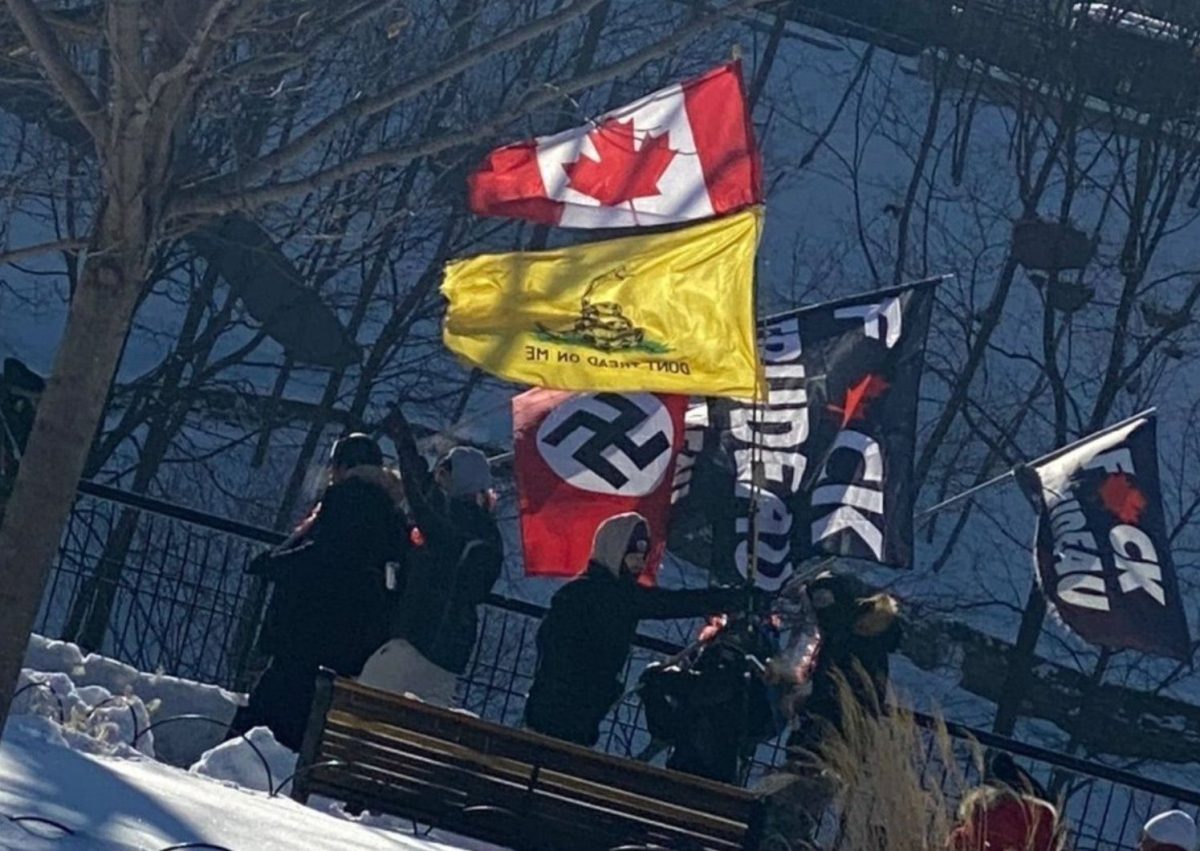 Swastika, which has become a symbol of hatred all over the world, has brought a storm in Canadian politics. The Na%i flag has been used in many places in demonstrations against Canada’s vaccine mandate. The current government is calling this demonstration Anti-Canada and saying that they are doing illegal activities. The government wants to end the protest going on for the last three weeks in the name of Freedom Convoy at all costs, for this, with the declaration of emergency in the country, the truckers have been warned to freeze their corporate bank accounts.

Among the symbols displayed at the protests were swastikas and, in at least one instance, the Confederate flag.

When the Conservative Party’s Jewish member Melissa Lantsman attacked the Trudeau government, Trudeau said that the opposition party is supporting those who are waving swastika and Confederate flags in the name of protest. There was a big controversy over this. The Lantsman replied that I am a Jew myself, the Prime Minister should apologize for his statement. After Trudeau’s statement, the Swastika trend started on Twitter.