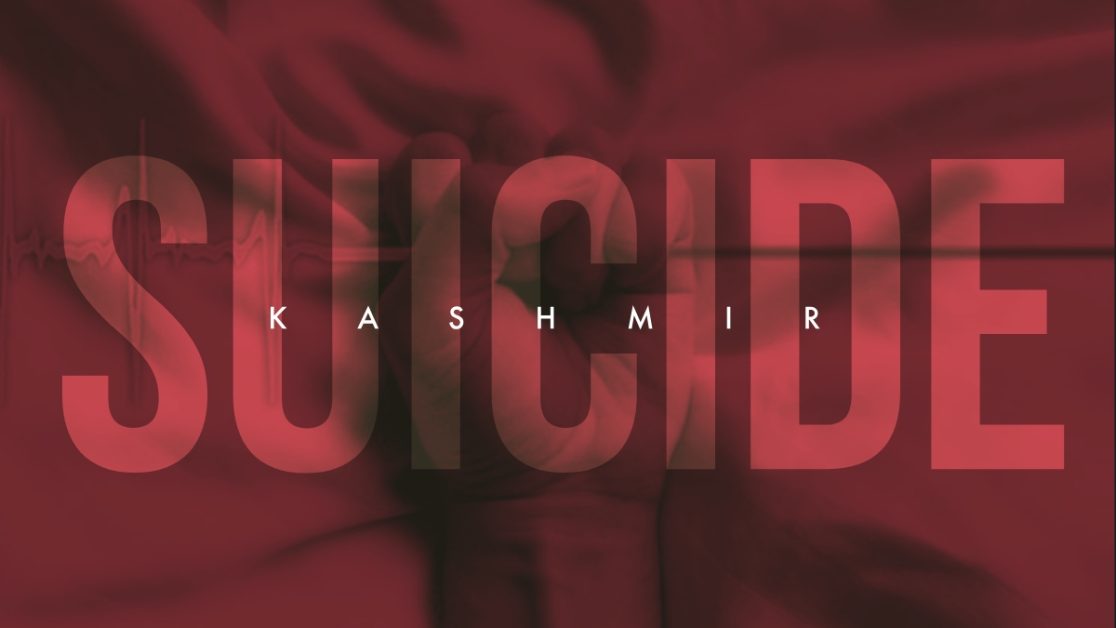 With no letup, suicides continue to claim lives in Kashmir valley while the majority of the victims include youth and school going boys and girls. 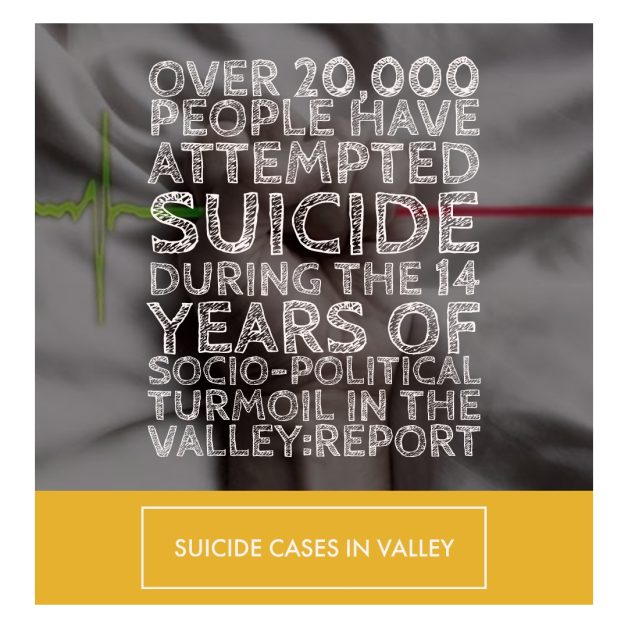 Pertinently, number of suicide cases has gone up in Kashmir valley at an alarming level during the past one decade. While the figures revealed by different concerning departments reveal an upward trend, the health experts and psychological experts attribute the escalating nuisance of suicides to the changing social set-up amid lack of mental and emotional support to the victims falling prey to the lethal trend which has claimed thousands of lives and rendered hundreds of families devastated.

Doctors said that a person commits suicide when he or she reaches the extreme condition of hopelessness. This situation is generally created when a society hankers after materialistic needs.

He said the society in Kashmir is today faced with many issues which strengthened the tendency of suicide among the residents of the valley.

Asked if the nearly two-decade turmoil had any role to play in the rising number of suicides, he said an environment which is not congenial for proper physical and psychological growth leads to decrease in the levels of tolerance among human beings.

A research student Berkha told Ground Report that the ongoing conflict has indirectly had a disastrous impact upon teenagers in Kashmir.

“There are no employment opportunities, no forms of entertainment,” she said.

“Sometimes drug abuse, like anti-depressants, can also lead to death. In such cases, one cannot be sure whether the death was accidental or intentional,” she added.

“The reasons behind taking such an extreme step include failures in life, depression and feeling of social stigmas due to failures in examination which indeed depicts failure of the families to address the emotional issues of their children,” says Danish research student from Delhi University.

During the last nine months alone over 107 cases of suicide were reported in the Kashmir’s hospitals. Last year the premier hospital received 563 cases of self-poisoning.

At least 291 cases of suicide were reported in 2017 across the state, among them the highest numbers came from Handwara, Baramulla and Anantnag. 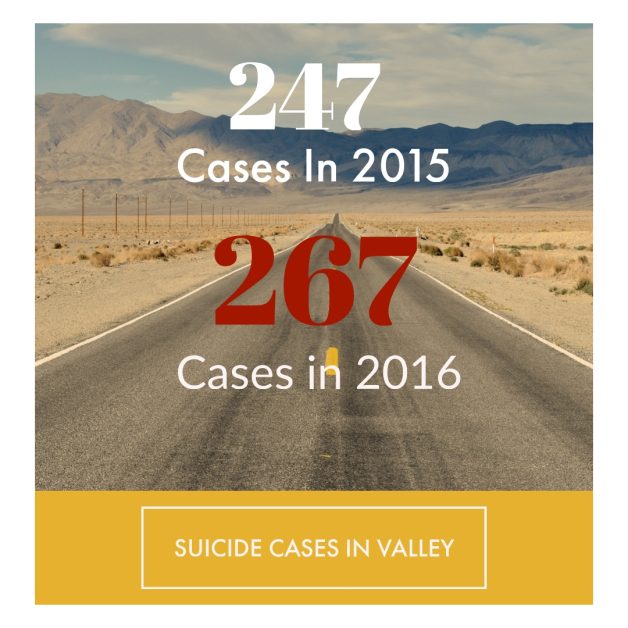 The trent is more apparent in Kashmir valley as compared to the Jammu region. 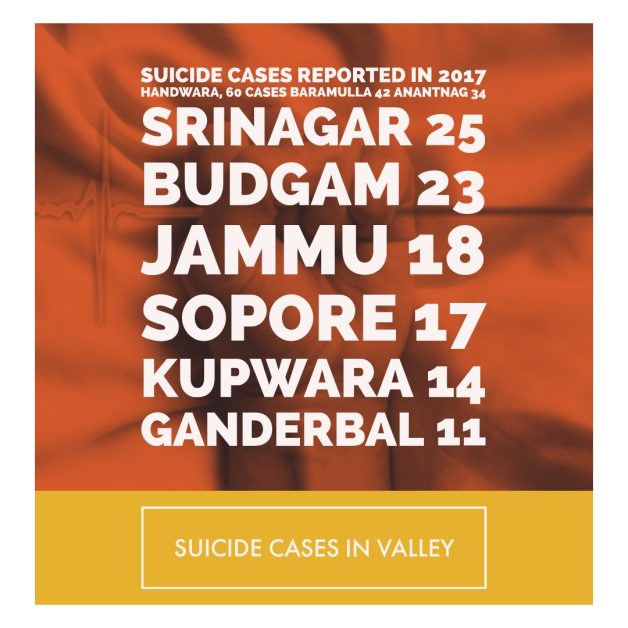 Three cases each cases of suicide have been reported from Ramban, Kishtwar and Samba. Two each from Kathua, Rajouri and Udhampur and one case each from Poonch and Reasi.

According to the report over 20,000 people have attempted suicide during the 14 years of socio-political turmoil in the Valley. About 3,000 of them have died and most of them were in the 16 to 25 age group.

According to the Global Burden of Disease Study, mental health/suicide is the top reason for mortality among older adolescent girls. It was India’s tenth-biggest cause of early death in 2016 rising two positions from 12th in 2005. Kashmir has been no exception to the rise.

In Kashmir, it alleged, suicides are said to have claimed the second highest number of lives after militancy. While it is estimated that more than 60,000 lives have been lost in the State since militancy erupted in 1988, the suicide toll through the years runs into thousands, it highlighted.