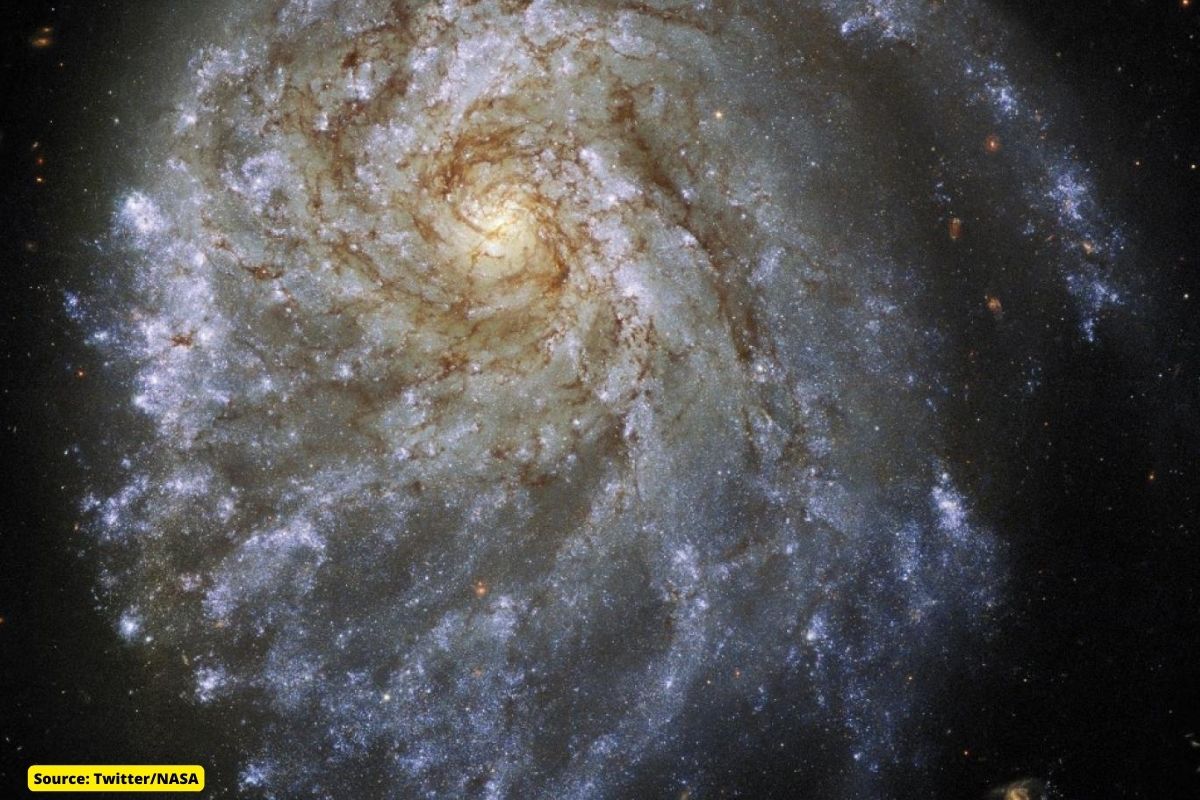 The US space agency NASA says the Hubble Space Telescope has reached a new milestone in its work to find out how fast the universe is expanding – and this supports the idea that in our universe Something strange is happening to me.

In recent decades, the most notable advances in this field have been fundamentally thanks to the Hubble Space Telescope, launched into orbit on April 24, 1990.

The last one occurred last March, with the discovery of the farthest star ever observed, Earendel, which occurred 12.9 billion years ago, about 900 million years after the birth of the universe. This star is at least 50 times larger than the sun and with a temperature of about 20,000 degrees. Earendel is in a galaxy known as Sunrise. However, it has not been the last discovery.

As reported by NASA in a statement, scientists have discovered that “something strange” happens with our universe and that it could be the result of new physics discoveries. An event that arises from the difference between the rate of expansion of the universe, compared to observations of what happened just after the Big Bang, which predict a different value.

At the moment, the origin of this difference is unknown, the Hubble data suggest the existence of this strange phenomenon. ” You’re getting the most accurate measure of the expansion rate of the universe from the gold standard of telescopes and cosmic mile markers,” said Adam Riess, a Nobel laureate and professor at the Space Telescope Science Institute (STScI).

The result of the research carried out by the team led by Riess reveals that the expansion rate of the universe would be slower than what the Hubble telescope actually sees. A result was obtained after the telescope collected information on a set of “milestone markers” that have been used to track the rate of expansion of the universe as it moves away from the Solar System.

Thus, while the astronomers predicted a lower value for the Hubble constant of 67.5 km/sec per megaparsec, with an error of ±0.5, the Reiss-led team’s estimate was 73.

Given the size of the sample taken by Hubble, “there is only one chance in a million that astronomers have been wrong”, so they do not find an explanation for this difference between the expansion rate of the local universe compared to the original one, “But the answer could involve new physics,” according to NASA.

Scientists hope to explore the complexity of the new space telescope with the help of James Webb. The telescope has recently been sent into space and will return to its initial observations soon. With the help of this, scientists will be able to clearly see tilted poles at greater distances in space and time.