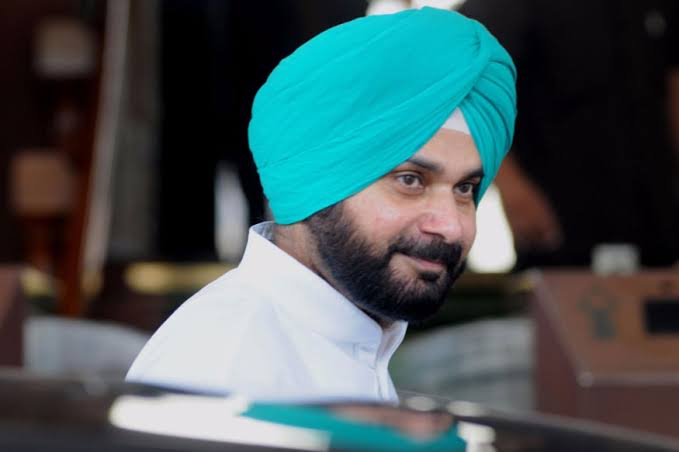 Punjab minister Navjot Singh Sidhu made public his decision to quit from the state cabinet by tweeting his resignation letter. He submitted his letter to Rahul Gandhi.

Sidhu, who was sore over Amarinder’s decision to divest him of the plum local bodies portfolio, had been awaiting intervention from the party’s central leadership but chose to disclose his resignation in a bid to pre-empt any action by the CM as he failed to assume charge of the power and renewable resources portfolio, according to party sources.

Sources in the chief minister’s office, however, said no resignation letter had been received from Sidhu by Sunday evening. At the same time, Punjab Congress leaders were not clear why the resignation letter was not forwarded to the state unit in over a month.

The one-line resignation read, “Respected Sir, I hereby resign as minister from the Punjab cabinet.” 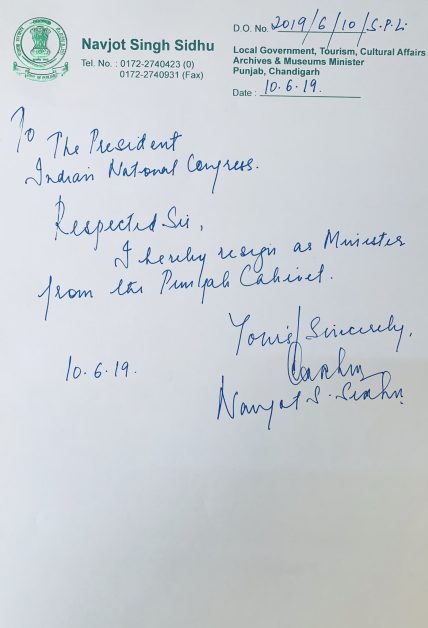 In a separate tweet, Sidhu added, “Will be sending my resignation to the Chief Minister, Punjab.”

Sidhu, meanwhile, continued to remain incommunicado and sources close to him said he was in Amritsar. The cricketer-turned-politician had reportedly been on pilgrimage over the past few days. Before that, he had tweeted a picture of his meeting with Rahul and Priyanka Gandhi on June 10 and had made a reference to submitting a letter. However, at that time, it was believed that he had shared details of how the local bodies department had done exceedingly well under him.

Sidhu waited to make his resignation public and it shows that he was hoping for reconciliation. Rahul had asked party veteran Ahmed Patel to speak to both sides. However, when Amarinder met Patel for a ‘courtesy call’, he reportedly refused to discuss Sidhu.

Meanwhile, a cabinet minister said though Amarinder must have known about Sidhu’s decision to quit, the fact was not known to others in the cabinet. “At least, I was not aware,” he confided.

Amarinder had indicated hardening of stance on Sidhu by convening a meeting to review the power scenario in the state last week amid talk that he could write to the governor to withdraw Sidhu’s portfolio.

Sidhu’s resignation created quite a flutter in political circles on Sunday and though his party colleagues advised him to reconsider his decision, rivals were quick to take pot shots at the Congress government. At the same time, Aam Aadmi Party (AAP) leader Harpal Singh Cheema and Punjabi Ekta Party (PEP) leader Sukhpal Singh Khaira urged Sidhu to join the third front by quitting Congress.

Earlier, in an apparent snub, Sidhu was also left out of the consultative groups formed by the chief minister on June 8, two days after the cabinet reshuffle, to accelerate implementation of the government’s flagship programmes.

The rift between Sidhu and Amarinder had come out in the open last month when the CM blamed Sidhu for the “inept handling” of the local bodies department, claiming that it resulted in “poor performance” of the Congress in urban areas in the Lok Sabha polls.

The move has put a question mark on Sidhu’s political future, who had switched to Congress before the assembly elections in 2017 after resigning from the BJP. But before that, he had even made an attempt to launch a political outfit with Jalandhar MLA Pargat Singh and Simarjit Singh Bains of Lok Insaaf Party (LIP). “Sidhu will continue to be an MLA from Amritsar (East) but he is bound to feel increasingly uncomfortable in the party. At the same time, he could act as glue to bring together other rebel leaders who have been hoping to launch a third front,” said a Congress leader.