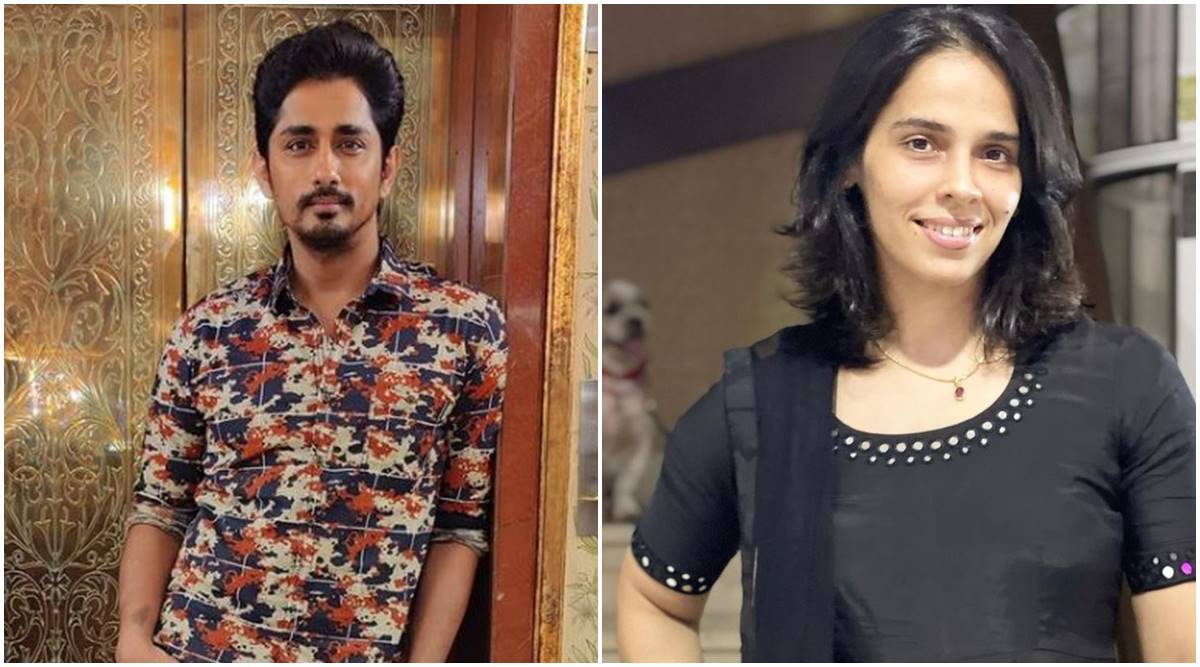 Ground Report | New Delhi: Siddharth apologises for ‘rude comment’; Badminton player Saina Nehwal has said that she is happy to apologize to the well-known artist of South Indian cinema Siddharth Suryanarayan. Saina told news agency ANI, “First he said something about me and then apologized. I don’t know why this matter went viral. I was surprised to see myself trending on Twitter.”

Saina said, “You should not target any woman like this. I don’t care. God help her.” Siddharth had commented on a tweet by Saina Nehwal on the issue of security lapse of Prime Minister Narendra Modi.

Retweeting Saina Nehwal’s tweet, she wrote, “SUBTLE C* CHAMPION OF THE WORLD… THANK YOU WE HAVE PROTECTS OF INDIA. BEAUTIFUL PRAYER. Shame on Rihanna.”

Many people objected to the use of c* with the English word SUBTLE and said that it was a double meaning, after which actor Siddharth has apologized to Saina.

He has posted a letter to Saina on social media, in which he has written that I apologize to you for making a bad joke on your tweet.

He wrote, “Maybe I don’t agree with you on many issues but my anger or annoyance doesn’t justify my tweet. Although I still want to say that my intention was not wrong. I support feminists and assure you I wish there was no gender bias in my tweet, nor did I have any intention of attacking you as a woman.”

Siddharth said he was sorry “about a joke that didn’t land” and that he was a “staunch feminist ally”. He added: “I assure you there was no gender implied in my tweet and certainly no intent to attack you as a woman.”