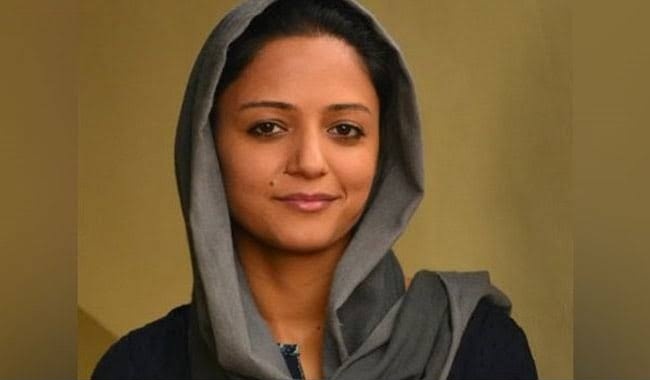 Shehla Rashid has disassociating from electoral politics because of the Centre’s disregard for Indian laws when it comes to Kashmir.

Shehla Rashid had joined the Jammu and Kashmir People’s Party, launched by former IAS officer Shah Faesal, in March this year. However, she now says, “It is clear that participation in any political activity in Kashmir requires a compromise.” Her statement adds that she will continue her work as an activist, but cannot in good faith continue to engage in mainstream politics.

Kashmir has been under a severe blockade 66 days now, ever since the Centre abrogated Article 370 and 35A of Indian constitution, revoking the special status of Jammu and Kashmir, besides divided Jammu and Kashmir into two union territories, Jammu Kashmir and Ladkah. A large number of political leaders and workers are under house arrest, including two former chief ministers of the state.

The Communist Party of India (Marxist) had also slammed the decision to hold BDC elections, calling it a “travesty of a justice.

Shehla Rashid herself has been charged with sedition over her tweets in which she alleged that the Armed Forces tortured civilians and ransacked houses in the Valley. She has said that she was simply highlighting truths that are being hidden because of the blockade, and will continue to do so.

The full text of Shehla Rashid

The announcement of the BDC elections in Jammu and Kashmir amid an ongoing crisis has compelled me to make a statement.

Even as the lockdown on millions of citizens continues for over two months now, even as the Indian government continues to abduct children in Kashmir, and even as people are deprived of the means to call an ambulance and other emergency services, the Centre is soon going to hold elections to the Block Development Councils, in an attempt to showcase “normalcy” to the outside world! In such a situation, I consider it my moral responsibility to speak up and clarify my stance on the electoral process and the way forward.

I joined a political formation that never asked me to give up my stance regarding the right to self-determination of the people of Jammu and Kashmir on both sides of the border. We believed that it was possible to deliver both justice as well as good governance, and also work for the resolution of the Kashmir issue as per the wishes of the people of Jammu and Kashmir. All this would have been possible if the government respected the rule of law. However, the Centre’s recent actions have shown that, when it comes to J&K, it doesn’t even respect its own laws, forget international law. The Centre also gets away with it because the institutions play along.

In view of mounting international pressure on the Indian government to end the siege in Kashmir, the Centre now wants to showcase a sham electoral exercise in order to convince the world that it is still a democracy. However, what is underway is not democracy, but the murder of democracy. It is a plan to install puppet leaders.

The Central government’s preferred Kashmir policy since 1953 has been subterfuge and deceit. From an outright coup in 1953 to rigged elections in 1987 to stage-managed rhetoric in 2019, the Centre has only sophisticated the process of selecting its puppets over time. The Centre is currently looking for new ‘Bakshis’ to legitimise its recent actions with regard to the state of J&K.

Political leaders are being forced to contest elections only on the issue of restoration of statehood, and asked to keep quiet about Article 370 and bifurcation of the state! Anyone who doesn’t comply will face incarceration. Anyone challenging their detention will be slapped with the draconian Public Safety Act. It is clear that participation in any political activity in Kashmir requires a compromise.

While the dilution of the pre-1953 status, the imposition of the Armed Forces (Special Powers) Act, the unfortunate exodus of Kashmiri Pandits, etc. cannot be blamed upon our generation, as we were not even born back then, the onus of accepting or rejecting the actions of today is on our generation alone. If we do not voice our opposition to these actions, and go on about business as usual, these injustices will be on us.

I would, therefore, like to make clear my dissociation with the electoral mainstream in Kashmir. I stand in solidarity with my people who are being made to suffer for even the most basic of amenities and being deprived of the most basic of rights. I cannot be party to the exercise of legitimising the brutal suppression of my people.

The government of India keeps inviting youth to “join the mainstream”. However, the Centre’s actions have, for decades now, only served to push people out of the mainstream. If being in the mainstream means compromising on the basic interests of your people, then one cannot be part of such a mainstream! If the state really wants the youth of Jammu and Kashmir to join the mainstream, it first needs to demonstrate that it is capable of delivering justice.

I will continue to be an activist and raise my voice against injustice on all fronts that do not require a compromise, and I’ll continue to put my energies behind the Supreme Court petition seeking the restoration of special status of the state, and the reversal of bifurcation of the state. I request people to support me and my co-petitioners in this fight. If we fail, it shouldn’t be for lack of trying. We owe the future generations that much.