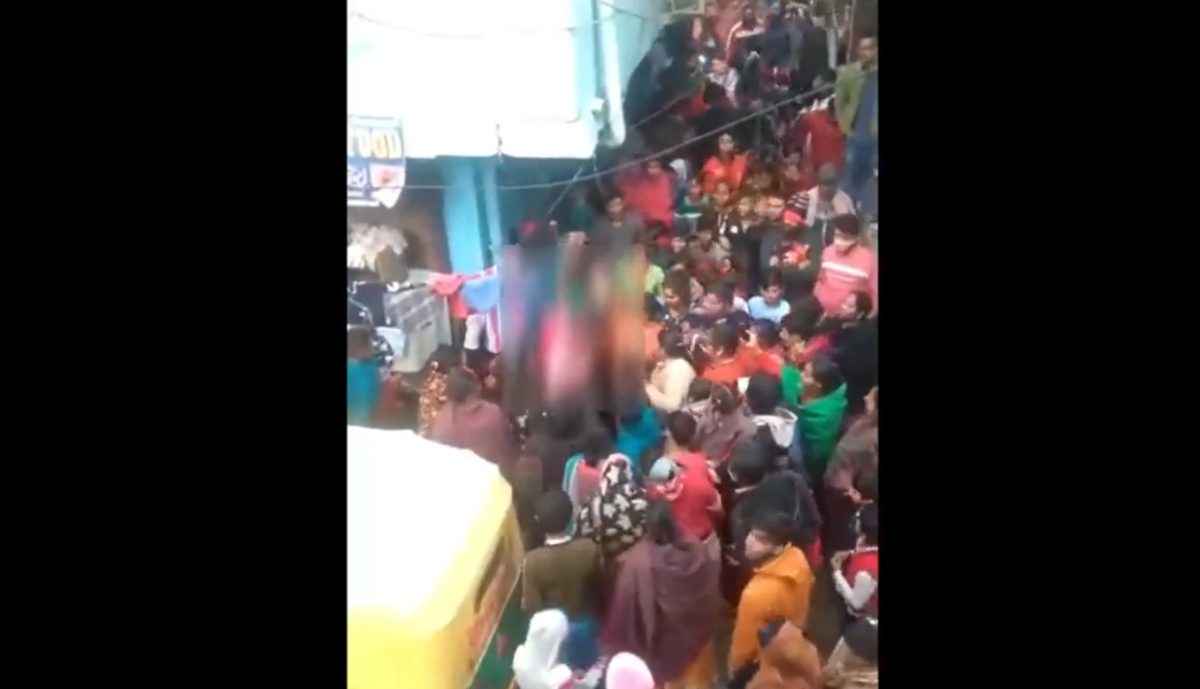 A gruesome video is coming out from Delhi in which a rape survivor was beaten up and paraded by neighbors. Her face was blackened and her head shaved. The people around were seen cheering.

Delhi Commission for Women chairperson Swati Maliwal said that she has asked Delhi Police to make arrests in this case at the earliest.

Swati Maliwal wrote- In Kasturba Nagar, a 20-year-old girl was gang-raped by illegal liquor sellers, made her bald, wore a garland of slippers, and turned her face black in the entire area. I am issuing notice to Delhi Police. All criminal men and women should be arrested and the girl and her family should be given security.

What is the Case?

It is being told that this 20-year-old girl has been gang-raped in Kasturba Nagar, Delhi. Swati Maliwal was told by the rape victim that she was kidnapped a few days ago, she was raped by 3 men, the woman present there also instigated rapists. These three accused are involved in the business of liquor and drugs.

According to the sister of the rape survivor, a youth living in their neighborhood had committed suicide a few days ago. His family members were assuming the girl to be responsible for this.

Yesterday, we received information that some women have abducted a woman, thrashed and threatened her. We rescued the victim from the accused’s house; counseling and medical of the victim was conducted. We’ve arrested four accused yesterday and apprehended an accused today,” a senior police official said. “Raids on to arrest others. Both the accused and the victim were neighbors in past. Accused alleged that her son had died by suicide last year in November because of that woman. We are taking stringent action as per law,” he added.