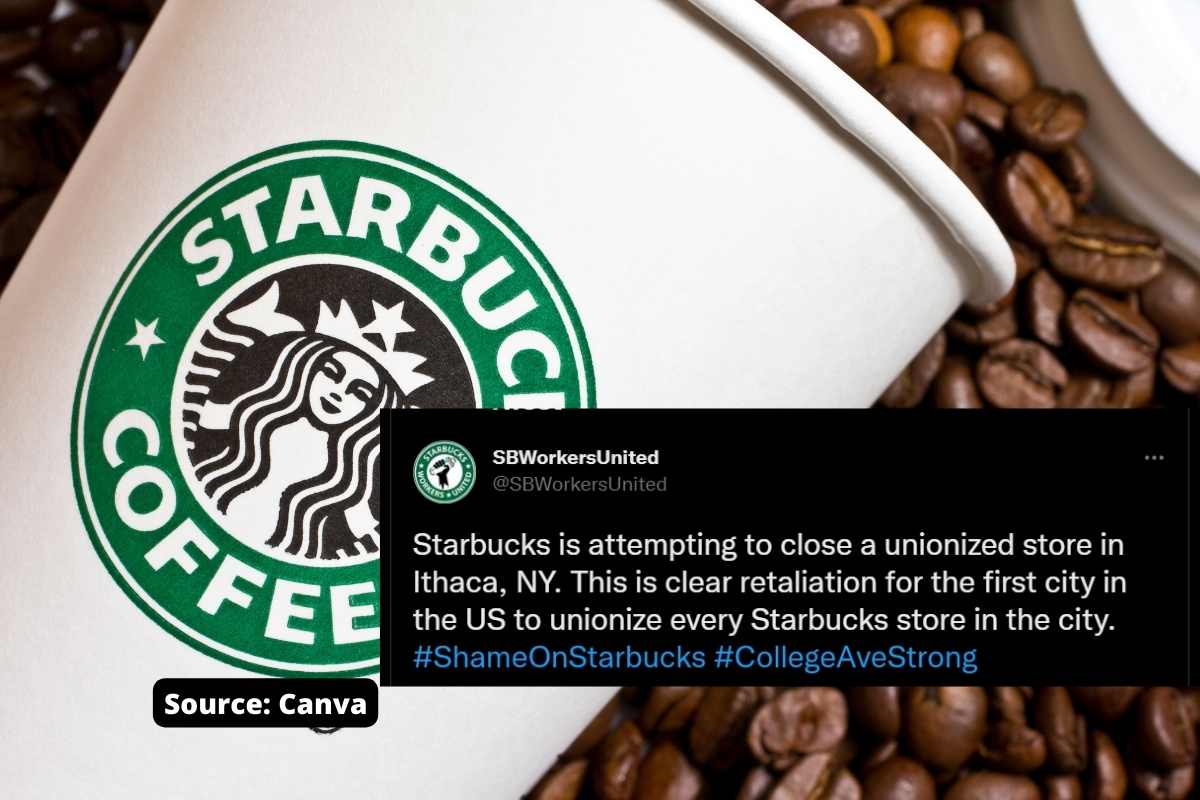 Starbucks employees of Ithaca, New York, said the company has decided to close its store. They got a mail from the company saying that the store will be closed after a week, all the employees should find another job. This decision of Starbucks is being opposed across the US. People are trending #ShameOnStarbucks on Twitter. The workers union filed a complaint accusing Starbucks of illegally shutting down a recently-unionized cafe because they are afraid of the labor movement spreading swiftly through its stores.

#ShameOnStarbucks: What is the Matter?

Starbucks has decided to close its coffee store in Ithaca, New York. The company says that they keep doing this, it is part of their policy. They can close the store if they think it doesn’t match Starbucks’ standards.

But the employees working there say that their store is a unionized store. Starbucks Corp was approved by the employees here just a few days ago. Starbucks didn’t like this. Employees at the Ithaca near the Cornell University campus, in April, voted to unionize and mounted a one-day strike, saying an overflowing grease trap had spilled wastewater and oil onto the floor, making the store unsafe. And as retaliation, it has been decided to close the store. Starbucks doesn’t want its employees to join the union.

Starbucks Corp. has filed a complaint with the US National Labor Relations Board in this matter. They say that it is illegal to take a sudden decision to close the recently unionized store. This shows the company’s misbehavior towards its employees. It tells how Starbucks wants to continue to exploit its employees and stifle their rights. This is only retaliation against the union so that no employee can think of joining the union in the future.

People say that it is a very wrong move by Starbucks to suddenly take the decision to close the recently unionized store and give them only one week’s notice. This is an example of Starbucks’ anti-union mentality.

What are worker Unions?

The job of the union is to protect the interests of the employees. Unions demand better and safe working environments for the employees as well as they fight against the injustice meted out to the workers.

Private companies say that due to unions, their decision-making jurisdiction is reduced. Due to this many times, they have to pay more than their budget which affects the profits of the company. Worker unions affect the productivity of the company.

In the US, employees have the federal right to join a union under the Wagner Act of 1935.

According to government data, employees associated with unions get better pay than others. And the productivity here is also good.