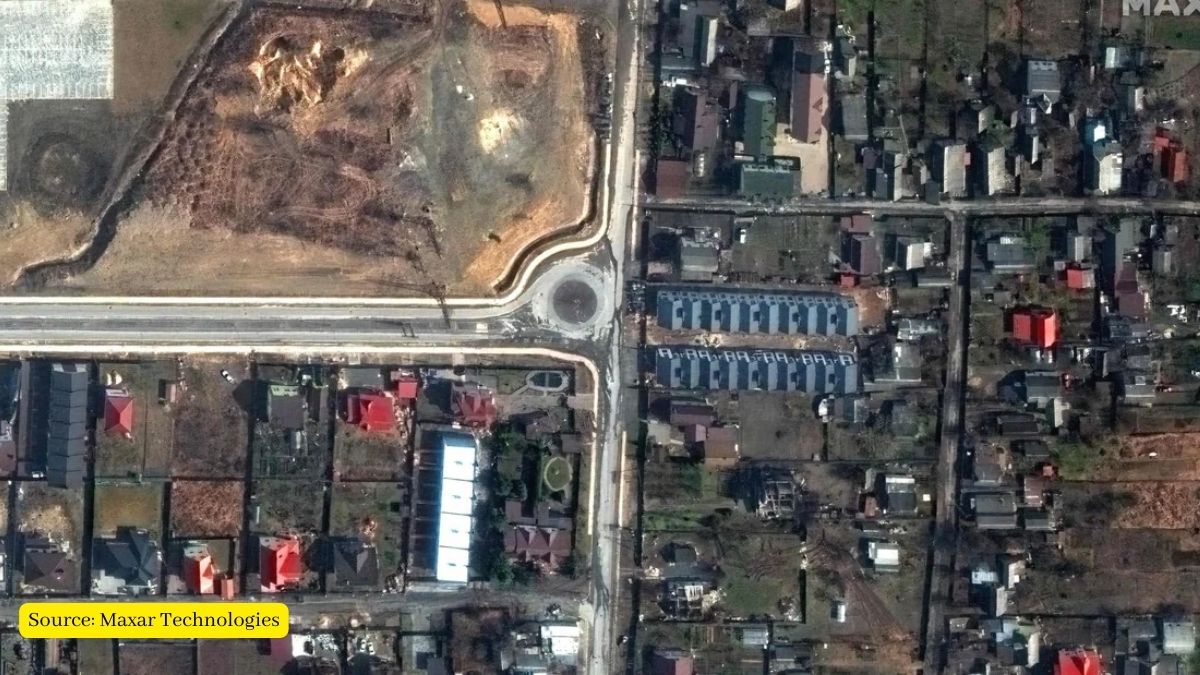 Satellite images published on Monday would refute the Russian thesis that the dead in civilian clothes in Bucha appeared after the Russian army withdrew from the devastated Ukrainian city.

Photographs of a street in Bucha from mid-March show what would be several bodies of civilians on the road and on the side of the road, where Ukrainian officials recently said they found multiple bodies after the withdrawal of Russian troops.

Over the weekend, when images emerged of the bodies of dead civilians lying in the streets of Bucha – many with their hands tied, and some with gunshot wounds to the head – the Russian Defense Ministry denied any responsibility. In a Telegram post on Sunday, the ministry hinted that the bodies had been placed in the streets after “all Russian units fully withdrew from Bucha” on March 30.

Russia claimed the footage was “another hoax” and called an emergency meeting of the United Nations Security Council to discuss what it called “provocations by Ukrainian radicals” in Bucha.

However, an analysis of the videos and satellite images by the Times shows that many of the civilians were killed more than three weeks ago, when the Russian army controlled the site.

A video shot by a local councillor on April 1 shows several bodies strewn across Yablonska Street in Bucha. Satellite images provided to the Times by Maxar Technologies show that at least 11 of them had been on the streets since March 11, the date by which, according to Russian reports, the town was occupied by Russia.

The New York Times published an analysis of the approaches to Yablonska Street in Bucha, and concluded – after comparing them with a video from April 1 and 2 showing dead bodies on the road – that many had been there for at least three weeks, when Russian forces controlled that town.

AFP photographers entered Bucha on Saturday and directly confirmed the presence of some 20 bodies – all in civilian clothes and some with their hands tied – in scenes that have caused worldwide revulsion and sparked accusations of war crimes.

Russia’s defense minister has denied any responsibility, saying all its units “completely withdrew from Bucha on March 30”, while the Kremlin rejected explicit images known of the site as “fake” and fabricated. for Ukraine.

The claim was echoed at the United Nations on Monday, when Moscow’s special envoy Vassily Nebenzia reiterated at a news conference that the bodies photographed in Bucha were not there before Russian troops left the city.