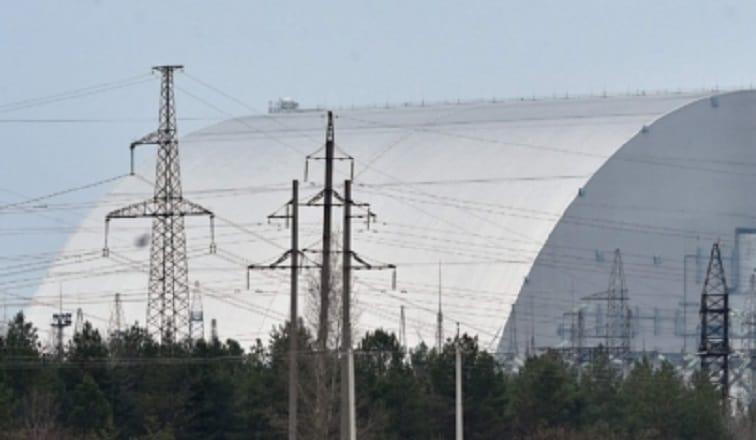 Ground Report | New Delhi: Chernobyl laboratory; The Ukrainian State Agency for the Management of Exclusion Zones has denounced that Russian troops have destroyed a laboratory for the management of radioactive waste at the Chernobyl nuclear power plant.

According to this center, the laboratory was located in the exclusion zone of the Chernobyl nuclear power plant and was a complex with “important analytical and research capabilities” in the field of radioactive waste management.

According to the Ukrainian statement, in the laboratory, there were “highly active samples and samples of radionuclides that today are in the hands of the enemy.”

The Russian military seized the decommissioned plant at the beginning of the war. The exclusion zone is the contaminated area around the plant, the site of the world’s worst nuclear meltdown in 1986.

The state agency said the lab, built at a cost of 6 million euros with support from the European Commission, opened in 2015.

The lab contained “highly active samples and radionuclide samples that are now in the hands of the enemy, which we hope will harm himself and not the civilized world,” the agency said in its statement.

Radionuclides are unstable atoms of chemical elements that release radiation. In another worrying development, Ukraine’s nuclear regulatory agency said Monday that radiation monitors around the plant had stopped working.

Also Read:  How sinking of Moskva made war difficult for Russia?

It came as Ukrainian President Volodymyr Zelensky warned today that Russian troops were preparing new attacks around the Chernobyl exclusion zone. Without elaborating, Zelensky said: “The world is on the brink of many new crises. “The environmental and food challenges are unprecedented.”

Zelensky has said that Russia’s seizure of the Chernobyl nuclear plant was “a declaration of war against all of Europe.” On Monday, Ukraine’s nuclear regulatory agency said radiation monitors around the plant had stopped working. It comes after wildfires broke out in the forest surrounding the plant, with officials warning it would be impossible to put out the flames as the area is controlled by Russian troops.