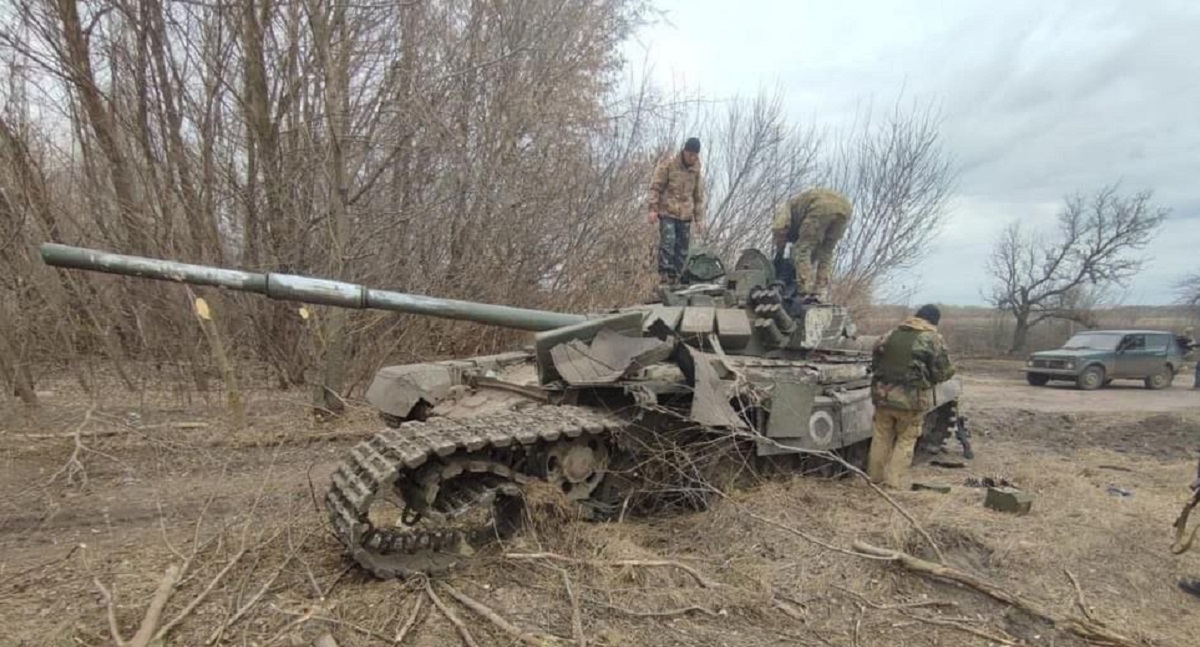 Ground Report | New Delhi: Russian commander killed himself; Ukraine claims that a senior Russian soldier took his own life after realizing how weak his unit’s reserve vehicles were. Kyiv said the commander killed himself when he learned that 90% of tanks in reserve were unusable and out of service because parts had been stolen, Metro reported.

The Kyiv Defense Ministry said that the commander of the ’13th Tank Regiment’ within the ‘4th Tank Division of the Russian Federation committed suicide due to the dire situation after learning about the state of the unit’s reserve tanks.

The update also said that, in general, the Moscow forces were struggling with poorly maintained military vehicles and faced “the problem of the impossibility of restoring the equipment after the “deconservation” of the warehouses.”

The Ukrainian Defense Ministry said that the invaders were fighting and the “problem of the impossibility of restoring the equipment after the “deconservation” of the warehouses.”

They claimed on Telegram that electronic equipment with precious metals inside had been dismantled.

The update read: ‘Currently, the enemy RVB is trying to get a significant amount of equipment from long-term storage facilities into operation.

‘The condition of this equipment is mostly extremely unsatisfactory, making full use impossible.’ He added: “Currently, plans to transfer equipment taken from storage to the front have actually been thwarted.”

kyiv said the commander of the 4th Panzer Division killed himself once he learned that only one in 10 tanks in storage was “more or less” operational, suggesting that nine out of 10 were unusable.

Those that were not operational had been almost completely dismantled, Kyiv said, with some even missing engines.

The report could not be immediately verified. If correct, the commander’s death would be the latest in a series of high-ranking Russian officers and generals who have been killed in Ukraine. (Russian commander killed himself)