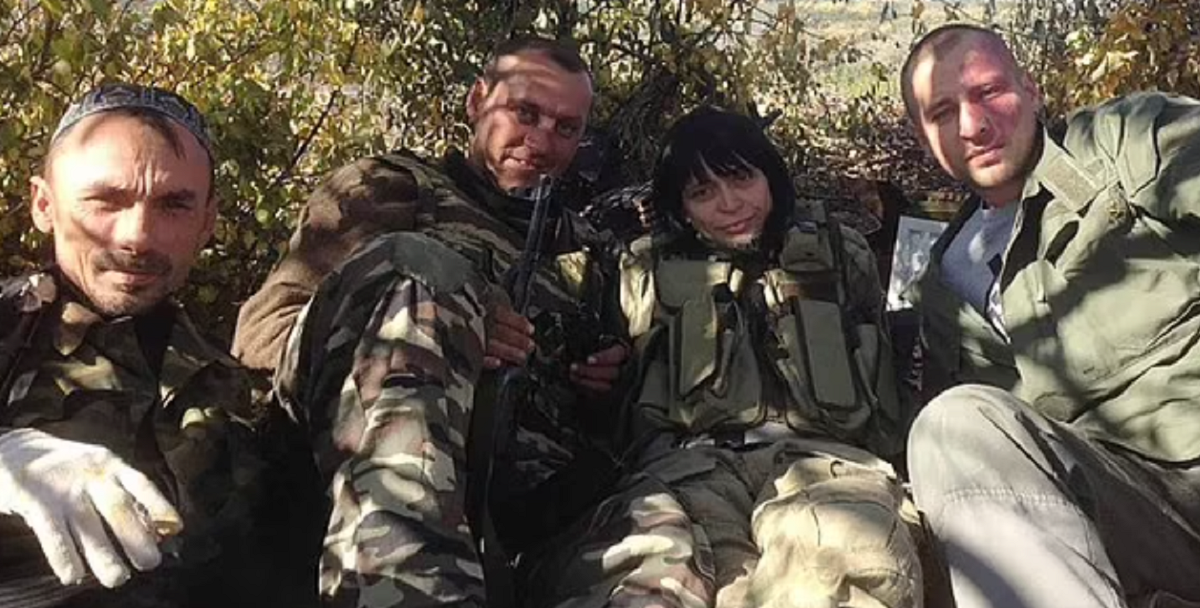 Ground Report | New Delhi: Irina Starikova husband; The army of Ukraine claims that it has captured the Russian sniper Irina Starikova, named after Bagir, a Serbian woman who has been fighting on the side of the Russians in Ukraine since 2014. “Bagira” has at least 40 “rivers” on its sniper, a good number of which are civilians, it was published on the Facebook page of the Ukrainian Ministry of Defense Army Inform.

This week it was reported that Irina Starikova, 41, was captured by Ukrainian forces after being injured in the fighting. The notorious mother of two was operating in the breakaway region of Donbas and is said to have over 40 kills. Her fate is unknown.

She has now learned that she is married to 43-year-old Alexander Ogrenich, also known as Gorynych (Slavic Dragon), who was on the run from Belarus, wanted for a series of convictions and was previously in jail.

In the so-called Donetsk People’s Republic, she led a separatist “intelligence unit” from around 2014 and claims to have killed more than 100 Ukrainians in the fighting.

This means that between them, the battle-hungry pair, who were recently photographed together relaxing ‘between kills’, claim to have claimed more than 140 lives.

Her true identity is concealed in the document by the obviously falsified information that she was born in the Ukrainian city of Donetsk in 1981.

Before her war life, Danijela Lazović Bagira was a handball player, a nun and a convicted drug dealer: many women, it would be said, an extremely diabolical figures.

Both Ogrenich and Starikova had previously been married before their wedding around 2015.

The sniper is originally from Donetsk and has two daughters: Valeria, 11, and Yulia, nine. In footage from yesterday, she was shown in pictures relaxing with her husband and other soldiers.

The mother of two was found wounded on a battlefield in Ukraine, but she is not from Serbia as some accounts say, nor was she a nun turned sniper.

Similar identities explain the confusion due to another sniper with the same code name from Serbia, although she is not believed to be involved in fighting in Ukraine at this time.

The captured sniper is originally from Donetsk and has two daughters: Valeria, 11, and Yulia, nine.

His fate now rests in Ukrainian hands, but what happened to him remains unknown amid claims he had “the blood of at least 40 people on his hands, including civilians.” (Irina Starikova husband)