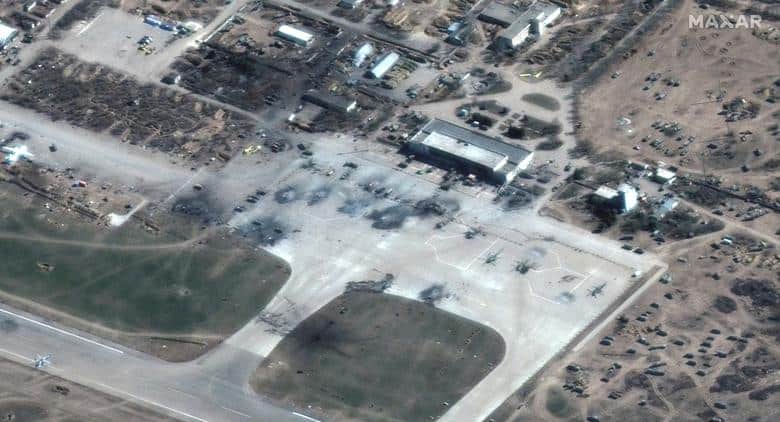 Russia seems to be losing in the Ukraine-Russian war that has been going on for the last one month, it is difficult to say clearly right now but the condition of Russian soldiers is looking bad. Putin had no idea that Ukraine would be able to face Russia for so long. According to recently released figures, more than 10 thousand Russian soldiers have been killed in this war, including many top commanders.

On the other hand, due to the economic sanctions imposed on Russia, it is facing huge economic losses. Putin’s top aid are also leaving his side because of this war.

On the other hand, Ukraine is fiercely facing Russia, and it has refused to surrender. The most affected by the war are the cities of Kyiv and Mariopol, still being held by Ukraine. A video showed Russia pulling out its helicopters from Kherson, an area previously occupied by Russia. It is believed that now Russia is planning not to occupy the southern part of Ukraine, And the areas in which he has entered are engaged in securing them. It can be seen in the satellite images of Kherson airfield how Russia has removed its helicopters from that area.

Russia thought that Russia would be welcomed as a Liberator in Ukraine, but the way Ukrainian citizens are fighting for their land, Russia’s spirits are being broken. He sees his whole plan going upside down.

In the North East region of Kyiv city, the Ukrainian army has been successful in pushing Russia back 55 kilometers. Now Russia is tightening its hold only on the Pro-Russian regions Donetsk and Luhansk.

Most of Russia’s objectives in this war do not seem to be fulfilled, they have not yet been able to completely surround the capital Kyiv. However, there are still doubts about Mariupol, how much control Ukraine has left over it.

Russia is furious with Ukraine’s defense, all its plans seem to have failed. In such a situation, Russia can either take a big step or it can also decide to back down. Whatever the outcome of this war, we have all seen how the civilians of Ukraine have been killed. How is Russia not avoiding targeting civilians as well?