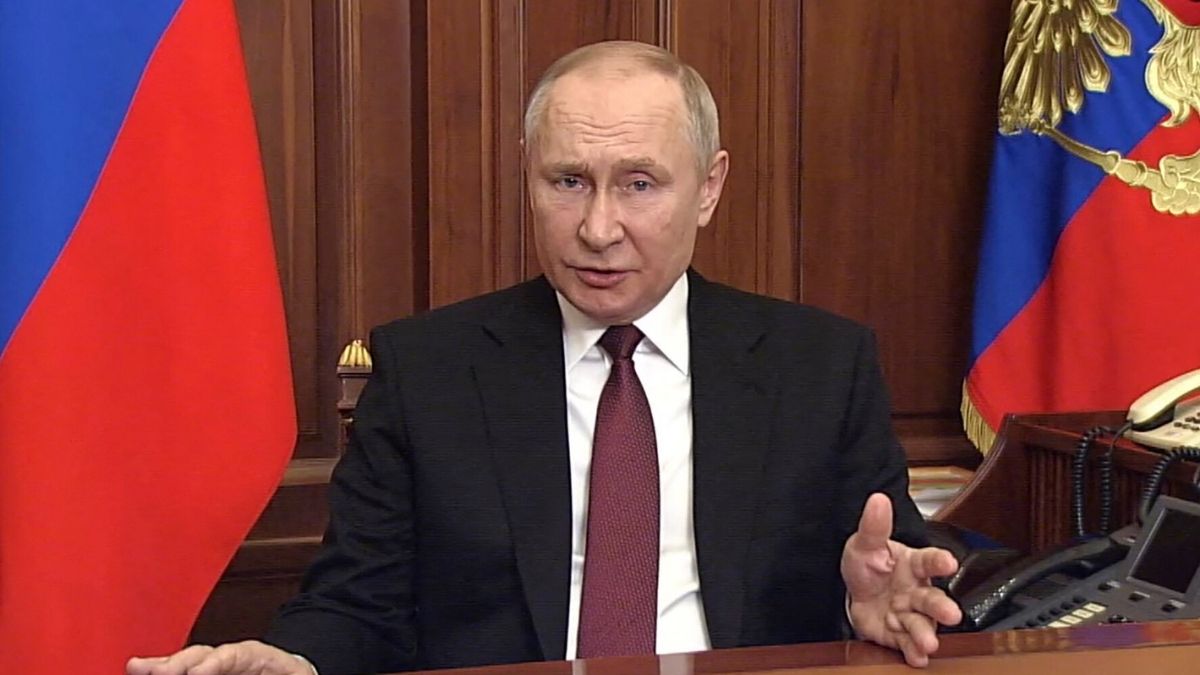 Ground Report | New Delhi: Delegations from Russia and Ukraine have discussed the ongoing war between the two countries in Istanbul. Both sides have previously stated some of their positions. After five weeks of bombings, thousands of deaths in devastated cities and the displacement of more than 10 million people, what does President Putin want to end the war?

Ukraine has said it will consider Moscow’s demand for “neutrality” but will not compromise on its territory. Russia, meanwhile, has called on Ukraine to “stop military activity” and “distance itself from behaviour” without elaborating on the exact meaning of the demands.

Here is a summary of all that Russia can demand in negotiations with Ukraine.

Pascal Lutz, an expert in Japan, said that in fact some analysts believe that this was the “main reason” for the Russian invasion.

He said that Russia may demand that Ukraine write in its constitution that it will never join NATO and sign a bilateral agreement with Russia to strengthen its position.

Ukrainian President Vladimir Zelensky has indicated that he is ready to discuss the issue of “neutrality”, although it is unclear whether Ukraine will join the European Union in the future. What could that mean?

EU membership will come with assurances of mutual security, and it is unclear how Ukraine and Russia will view the situation.

This could prove to be another important point, as, without military activity and NATO or European partners, Ukraine would be very vulnerable to another Russian invasion.

But Lutz believes that the most important point of this demand is to ensure that Ukraine does not have any offensive or nuclear weapons that could endanger Russia’s security, especially NATO weapons.

However, Lutz believes that Russia’s demands will not go that far.

Russian President Vladimir Putin has accused the Ukrainian government of being controlled by dictator groups, but political observers disagree.

The accusation could be a personal attack on Ukrainian President Zelensky, who belongs to a Jewish family whose ancestors fought the dictator during World War II.

Lutz says the demand for an end to the “dictator” is tantamount to calling for a change of government, but that is unlikely to happen after fierce resistance from the Ukrainian military.

Russia may accept Zelensky’s stay in power to protect its reputation, but it insists on removing the Azov Battalion, a far-right group that played a key role in the resistance against Russia.

Following peace talks with Ukraine, Russia announced a new military strategy, which would include “dramatically” reducing attacks on the Ukrainian capital, Kyiv. Will be on the side, which is controlled by Russian-backed separatists.

Russia could demand that Ukraine abandon its separatist strongholds in Donetsk and Luhansk.

Russia may also demand assurances that the Russian language will be protected in Ukraine.

Since the escalation of the conflict with Moscow in 2014, the Russian language has become a point of contention in Ukraine.

In 2017, Ukrainian courts banned the teaching of Russian in schools, and since then other bills have been introduced to reduce the use of Russian in the country.

Since January, all Ukrainian newspapers and magazines have been required to publish in Ukrainian.

Whatever President Putin’s demands on all these issues, political observers say talks on a peace deal between Ukraine and Russia could take a long time, but there are reasons for the two countries to reach an agreement.

For Ukraine, the reasons are to stop the loss of its citizens, the destruction in its cities and the flow of refugees to neighbouring countries.

The reasons for Russia are to reduce the casualties of its troops and the consequences of economic sanctions imposed by the West, which are already severely affecting ordinary Russian citizens.