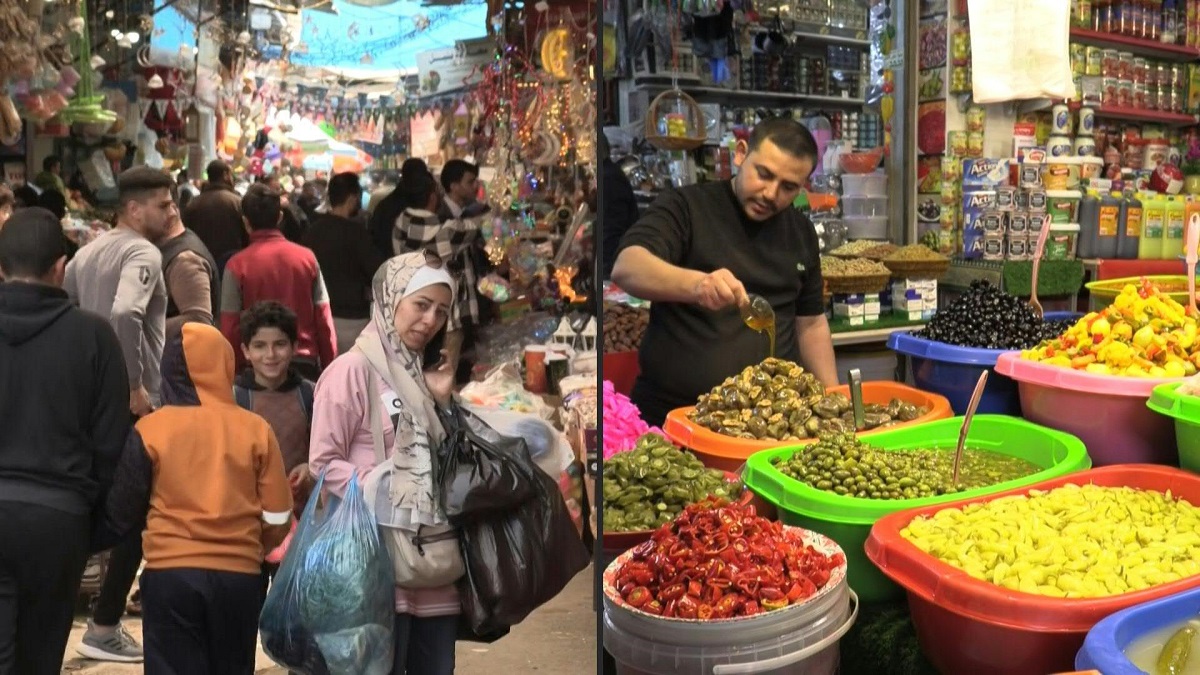 Ground Report | New Delhi: Russia’s invasion has devastated Ukraine, but the war has also exacerbated the economic woes of some countries in Africa and the Middle East, where people are struggling to make ends meet ahead of Ramadan.

Muslims from Palestine and Lebanon to Tunisia and Somalia are worried before the arrival of Ramadan because their purchasing power is almost non-existent.

According to AFP, Sabah Fatoum, a resident of the Israeli blockade-hit Gaza Strip, said: “High commodity prices affect and spoil the spirit of Ramadan.”

According to Palestinian officials, commodity prices have risen by 11%.

Russia and Ukraine are the world’s largest grain growers and account for a large share of exports of many important commodities such as wheat, vegetable oil and corn.

However, the Russian invasion and the blockade of exports as a result of international sanctions have raised fears of a global crisis, especially in the Middle East and Africa, which are already reeling under economic difficulties.

Hazem al-Saqqa, who runs a shop in the Gaza Strip, told AFP: “The price of imported products has risen and they have become extraordinarily expensive. Oil has risen from four shekels (one dollar) to seven shekels (two dollars) and this increase has an effect on purchasing and demand.

Zayed Khidr, a resident of Gaza, says the purchasing power of the people is negligible. He said: ‘Lack of money is a big problem. You see the market, people go to the market and they don’t buy anything. Prices of vegetables have risen sharply. The price of everything has gone up.

Economist Raed Hales says the whole situation: “80% of the citizens of the Gaza Strip depend on aid and relief. People are facing additional burdens due to which they are not able to meet their Ramadan needs this year.

Also Read:  What is Lend-lease act that Biden sign to help Ukraine?

The war in Ukraine has also hit Yemen, the poorest country in the Arab world, which has been in turmoil since 2014. Ukraine supplies about a third of Yemen’s wheat imports, and the war has increased the risk of famine in Yemen.

Mohsen Saleh, a resident of the Yemeni capital, Sanaa, said prices were rising every year before Ramadan, “but this year they have gone up madly, people can’t stand it.”

“The economic situation is very difficult,” Mohsin Saleh, 43, told AFP. Most people in Yemen are poor and tired.

The price of cooking oil has more than doubled since the beginning of the invasion of Ukraine in the war-torn country of Syria in 2011 and is being sold in limited quantities.

Bismillah Shaabani, a 62-year-old resident of Damascus, told AFP, referring to the effects of Code 19 last year: We will reduce the number of dishes from the table.

He added: “We can’t afford to have more than one dish on our table now and I fear that in the future this one dish will be out of our reach.”

Even in the African country of Tunisia, it is difficult to observe the traditions of Ramadan. Food donations are a common practice during Ramadan, but now donors are struggling to make ends meet.

“Our food donation box usually fills up in an hour, but not this year,” he told AFP. Some people are telling us to let them find food for themselves first. (Ukraine war Muslim countries)