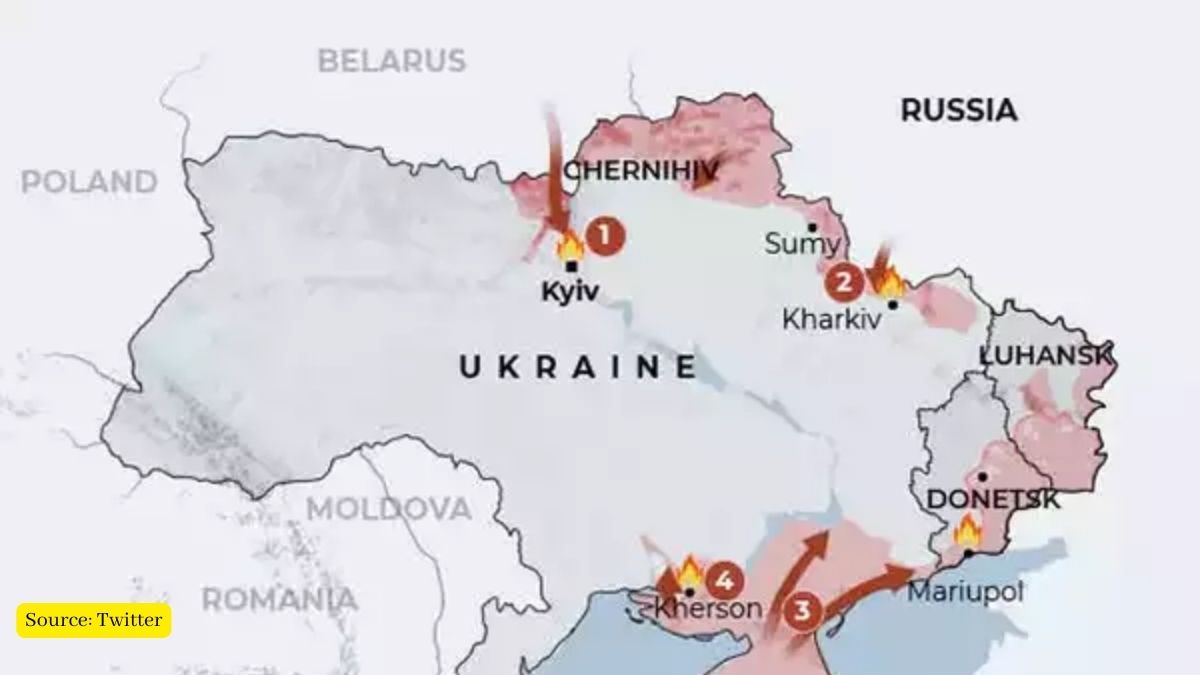 The officials of Ukraine said that the Russia soldiers are preparing to attack the eastern city of Sloviansk in order to advance eastward as well as establish contact with other forces in the Donbass region.

Ukrainian Defense Ministry spokesman Oleksandr Motuzyanik said Russia was continuing its attacks on the towns of Rubyzne and Popasna in the Luhansk region in an attempt to gain access to Sevorodonetsk.

The city of Luhansk was captured by pro-Russian separatists in 2014, after which the city of Sverdlovsk was declared the center of administrative affairs in the region.

Meanwhile, Luhansk Governor Sergei Gayde has called for a massive evacuation in the wake of a possible Russian attack on the region. “We think they are preparing for a major breakthrough,” he said, urging residents to evacuate. “Please don’t wait for your homes to be bombed. Do. “

A senior US official says Russian forces are “relocating” to take full control of parts of eastern and southern Ukraine.

US National Security Adviser Jack Sullivan said Russia was trying to redeploy its forces to focus on its offensive in parts of eastern and southern Ukraine.

The US official added that “Russia tried to subdue all of Ukraine and failed. Now he will try to bring some parts of the country under his rule. “

Ukrainian President Volodymyr Zelensky has said he will address the UN Security Council on Tuesday, April 5. During his video address at night, he also said that it was in his country’s interest to investigate the killings of civilians in Ukraine as openly as possible.

“I would like to emphasize that we are all interested in a thorough and transparent investigation, the results of which are known to the entire international community, and we will explain it globally,” Zelensky said. ‘

Russia’s sharp criticism of the United States and Britain

Russia’s ambassador to the United Nations has sharply criticized US and British efforts to suspend Moscow from the UN Human Rights Council. Russian Ambassador Vasily Nebenzia called the efforts “unbelievable.”

“What the West is trying to do with Russia is to push Russia out of the multilateral forums that exist in the world … there is no precedent in the past,” he said. ”

He added that “whatever is happening for peace talks between Russia and Ukraine is not going to facilitate, encourage or help it.”

The United States has called on the United Nations to suspend Russia in connection with the killings of civilians in Ukraine.

“Russia cannot remain a member of the UN Human Rights Council, given the strong evidence of war crimes, including reports of mass graves and heinous massacres in Bucha,” said British Foreign Secretary Liz Truss. Russia should be suspended. “

Ukraine’s Ministry of Culture and Information says 18 journalists have been killed in the country since the February 24 Russian invasion. In a telegram statement, the ministry said the victims included 15 men and three women.

He said 13 more journalists had been injured, eight had been abducted or imprisoned and three were still missing.