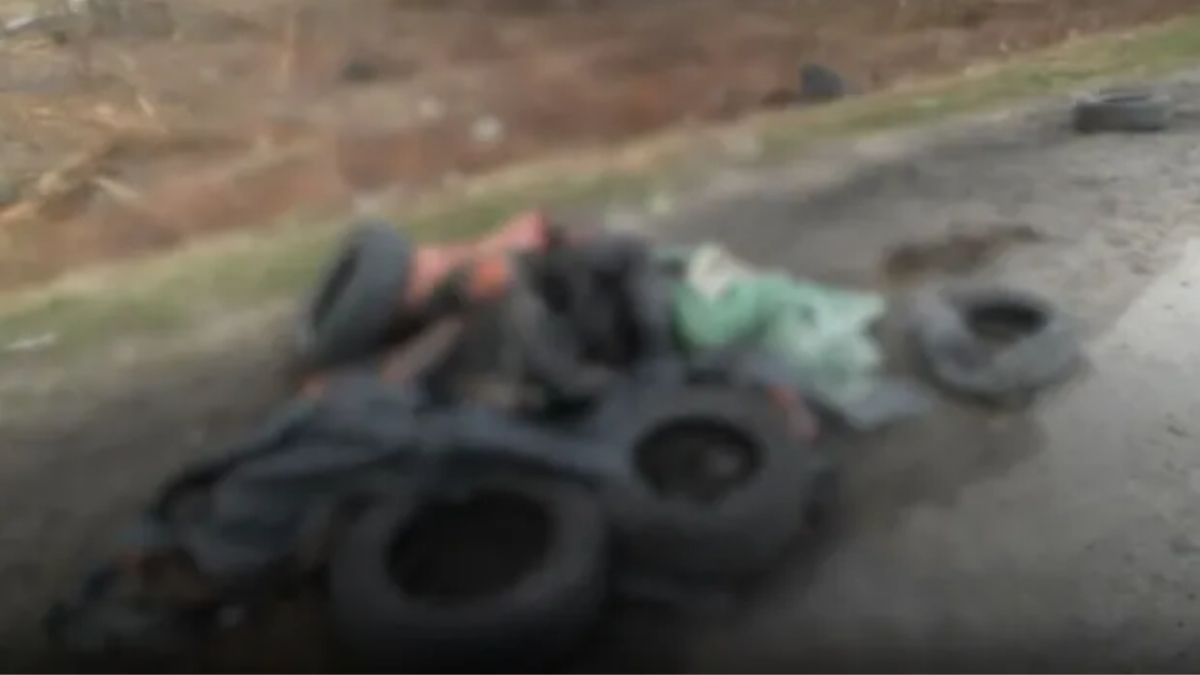 According to the Associated Press (AP), the Ukrainian president’s warning comes at a time when the humanitarian crisis in the besieged city of Mariupol has deepened, with Russian forces blocking evacuations for the second day in a row. Has given

The Kremlin has accused Ukraine of launching a helicopter attack on a fuel depot on Russian soil.

Although Ukraine has denied responsibility for the bombing, which did not go unnoticed, it could be the first time that Ukraine has invaded Russian territory.

Kremlin spokesman Dmitry Peskov said: “Certainly this (attack) will not help the continuation of the talks.”

Russia continued to withdraw some of its ground forces from areas outside Kyiv after announcing earlier this week that it would reduce military activity near the Ukrainian capital and the northern city of Chernivtsi.

However, in a video address to the nation, President Zelensky described the Russian retreat as “laying landmines throughout the region.”

“They are mining around the houses and even the bodies of those who have been killed,” he said. There are a lot of trip wires installed which has created a lot of other dangers.

He urged the citizens to refrain from resuming their normal life unless they are assured that the mines have been cleared and the threat of shelling has been averted.

Meanwhile, Russian forces continued their bombardment around the cities of Kyiv and Chernivtsi, while the Ukrainian army retaliated by claiming to have recaptured several towns and villages.

Nevertheless, Ukraine and its allies have warned that the Kremlin is not easing tensions to boost confidence at the negotiating table, but instead is moving its troops to the east of the country and delivering supplies to them. ۔

The operations appear to be preparing for a major offensive in the predominantly Russian-speaking Donbass region of eastern Ukraine, including Mariupol.

President Zelensky also warned of tough fighting in the coming days as Russia re-deploys its troops.

However, he said: “We are also preparing for a full defense.” The attack has killed thousands and forced more than 4 million refugees to flee the country.

The coastal city of Mariupol, which has been under siege for weeks, is facing the worst of the war, and its capture would be a major reward for Russian President Vladimir Putin.

Vladimir Fesenko, an adviser to the Ukrainian president, said Mariupol’s situation could be helpful in negotiating an end to the war.

“Mariupol has become a symbol of Ukraine’s resistance, and without his victory, Putin cannot sit at the negotiating table,” Fesenko said.

He said the fall of Mariupol would pave the way for a peace deal.

Earlier on Friday, the International Committee of the Red Cross (ICRC) said the operation to evacuate civilians from Mariupol by bus had been suspended for two days.

City officials have accused the Russians of blocking access to Mariupol.

It is estimated that about 100,000 more people are trapped in the city. Russian bombings and street fighting have left the city in dire need of water, food, fuel and medicine.

Red Cross spokesman Avon Watson said: “We have no words to describe the horrors that the residents of Mariupol have experienced.

The International Atomic Energy Agency (IAEA) said Russia had stopped a convoy of 45 buses trying to evacuate and seized 14 tonnes of food and medical supplies for the city.