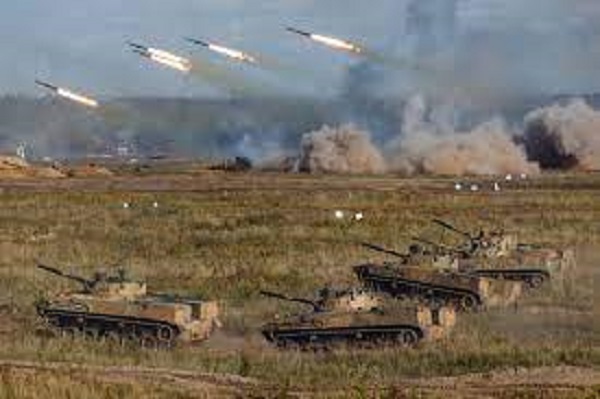 Ground Report | New Delhi: Russia Ukrainian border; Ukraine’s Defense Minister Oleksey Reznikov told Ukrainian lawmakers on Friday that Russia has deployed some 1,49,000 soldiers, airmen and marines along the Ukrainian border. He has told that several thousand more soldiers are likely to be deployed in the coming days.

However, according to the news agency Reuters, Reznikov has reported that his country believes that despite the deployment of troops, there is little “possibility of escalation of widespread tension”.

Last Thursday, Secretary of the Security and Defense Council of Ukraine, Oleksiy Danilov, also gave similar indications. But he has warned to be alert to provocations from Russia.

The tension between Russia and Ukraine has been going on for the last several weeks. And Western countries are expressing fears that Russia may attack Ukraine in the coming days. However, Russia has been denying such apprehensions. Recently, it has been claimed by Russia that some of its troops stationed near the border of Ukraine are returning to their base.

NATO defence ministers are due to meet in Brussels on Wednesday to discuss what the military alliance has called “the most serious security crisis we have faced in Europe in decades”.

Speaking to reporters ahead of Wednesday’s meeting, NATO chief Jens Stoltenberg said it “remains to be seen if there is a Russian withdrawal”. “So far, we have not seen any de-escalation on the ground. On the contrary, it seems that Russia is continuing its military build-up,” he said.

Stoltenberg added that Russia has “always moved forces back and forth”, so footage showing the movement of forces and tanks “does not confirm a true withdrawal”. Stoltenberg said NATO allies “remain ready to engage with Russia.”

Thousands of Russian soldiers began taking part in military drills last week in a move that was widely seen as a show of force by Moscow. The exercises took place as more than 100,000 troops, tanks, missiles and even supplies of fresh blood had been moved to the Russian-Ukrainian border.

Moscow has repeatedly insisted it has no intention of invading Ukraine, despite warnings from Western countries in recent days that an invasion is likely to be imminent.

Russia demands that Ukraine never be allowed to join NATO and has said it wants the organization to cancel its presence in Eastern Europe. Since 2002, Ukraine has applied to join NATO, the most powerful military alliance in the world. The group’s Article 5 clause states that an attack on one member country is considered an attack on all.