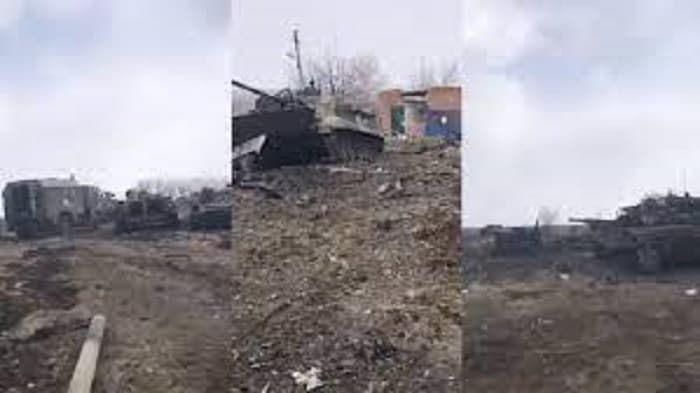 Ground Report | New Delhi: Russia soldiers killed in Ukraine; Russia has lost nearly 10,000 soldiers in the Ukraine war, a pro-Kremlin tabloid website said in a report. The post quickly removed the figure in a damage control move, but not before its screenshots began circulating the internet.

The death toll, an incredible tally for a war the Kremlin believed would be over in days, was posted by a pro-government website but quickly removed. The Russian tyrant expected a quick victory when he ordered the invasion, but his forces have met strong Ukrainian resistance and may even give way soon. Russia has kept its true death toll secret, admitting just 498 deaths on March 2.

But in an extraordinary move, Komsomolskaya Pravda reported that according to the Russian Defense Ministry, 9,861 Russian soldiers have been killed in Ukraine and 16,153 wounded.

The report was quickly removed, although several screenshots were taken, including by the Wall Street Journal. Ukraine claims to have killed some 15,000 Russians and destroyed large amounts of equipment.

The new figures revealed by Russia are higher than the 7,000 people thought to have been killed and up to 21,000 wounded according to US military estimates.

A more recent version of the Pravda article does not include any figures. It gives a positive account of Russia’s progress, stating that “two tanks, three infantry fighting vehicles, six field artillery pieces and mortars, as well as about 60 militants of a Ukrainian nationalist formation were destroyed.”