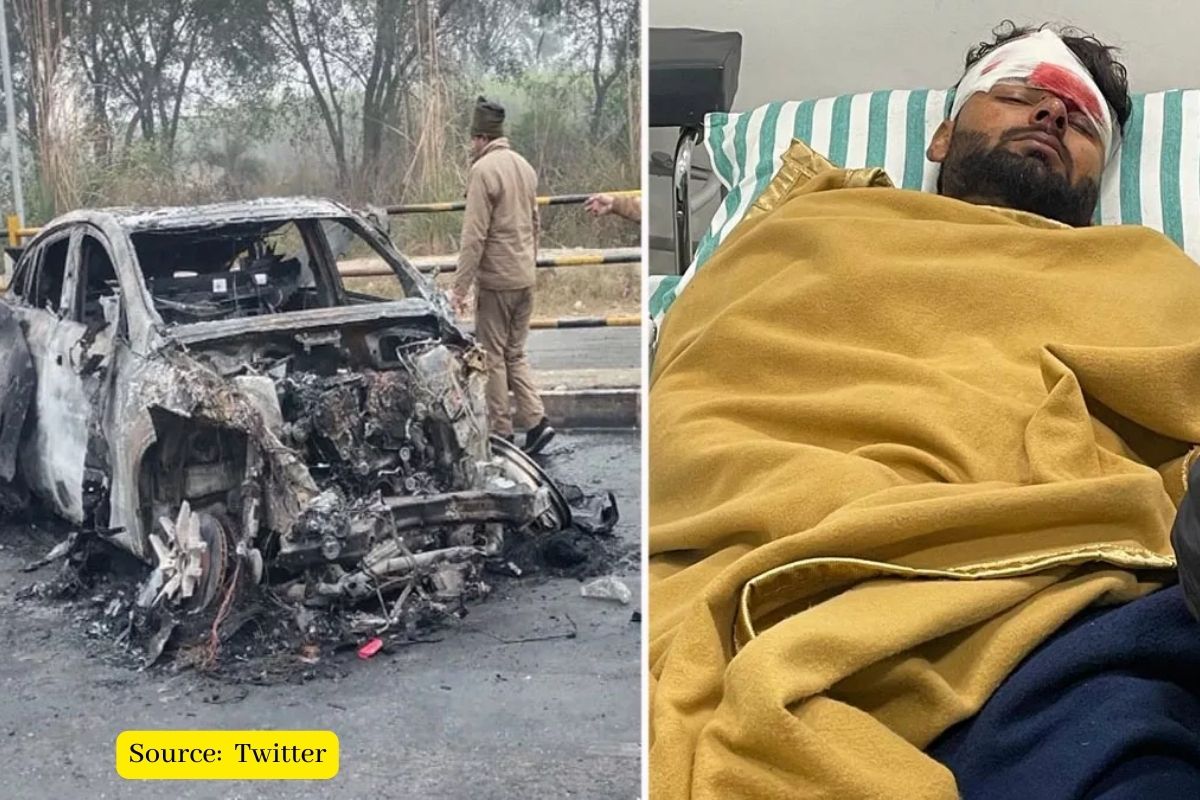 Indian cricket team player Rishabh Pant has been injured in a car accident. Rishabh’s car met with an accident on Friday morning.

Rishabh’s car collided with the divider of the Delhi-Dehradun highway. In the initial picture of the accident, the wounds are visible deep. Former cricketer VVS Laxman has tweeted that Rishabh is fine and there is no serious danger. Laxman prays for Rishabh’s speedy recovery.

Rishabh has been admitted to the hospital in Roorkee in an injured condition. He has suffered head and leg injuries. It is being told that Rishabh was going home from Delhi to Dehradun. Haridwar SP Dehat Swapan Kishore told news agency ANI that Rishabh Pant’s car met with an accident between Mangalore and Narsan in Haridwar district. He has been shifted to Max Hospital in Dehradun.

“Indian cricketer Rishabh Pant’s car was in an accident at around 5:30 a.m.,” Uttarakhand Police Director General Ashok Kumar was quoted as saying by NDTV. “The incident took place at Mohammedpur Jat, near Roorkee. According to what Pant said, he fell asleep while driving and as a result the car collided with the divider and caught fire. He was taken to Roorkee hospital from where he has now been transferred. to Dehradun”.

According to news agency ANI, Uttarakhand Chief Minister Pushkar Singh Dhami has instructed the officials to make all necessary arrangements for Rishabh’s treatment.

Former cricketer Virender Sehwag has also wished Rishabh Pant to get well soon. As per the initial reports, Pant himself was driving the Mercedes car.

Pant, 25, has been sent to the National Cricket Academy in Bengaluru after not being included in the T20 and ODI series with Sri Lanka starting on January 3. There is a Test series from Australia in February and before that Rishabh was sent to the Cricket Academy.

Reacting to the news, former India cricketers including VVS Laxman took to Twitter and wrote, “Praying for Rishabh Pant. Thankfully he is out of danger.”